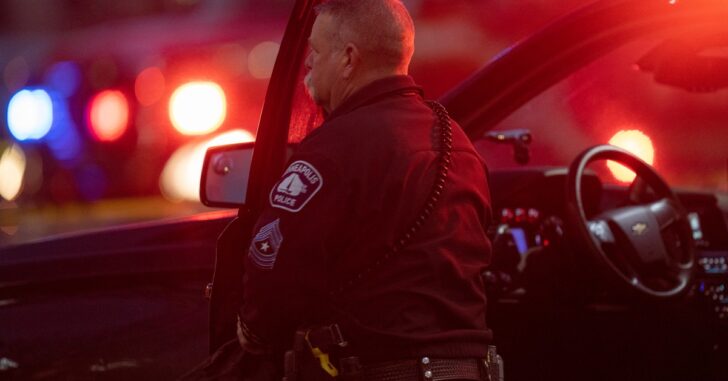 In the world of concealed carry, a duty to inform is the legal obligation to inform an officer, deputy, etc. that an individual is carrying a concealed firearm when that individual comes into contact with a member of law enforcement.

It can initially feel weird to have an interaction with law enforcement while carrying a concealed firearm.

It really shouldn’t, when you think about it.

If you carry every day, such an interaction is virtually inevitable (looking at you, highway speed demons), and you’re not doing anything wrong, as long as you’re following state and local laws while carrying.

Police are also trained in how to interact with armed citizens. You’re not the first concealed carrier they’ve seen, and you’re not going to be the last.

Currently, there are three classifications of duty to inform in common practice, with three notable exceptions.

An additional 12 states have a law that gives carriers a duty to inform only inform but only if asked about law enforcement.

And then, of course, there are plenty of states that don’t require you to inform law enforcement at all, including, surprisingly, the majority of New England.

In California, there’s nothing at the state level, and the duty to inform varies by locality. Because nothing in California is ever simple.

Of course, it’s still probably just wise to tell an officer if you’re armed and they ask you about it.

Previous article: What Is A Holster Claw, And How Does It Work? Next article: Alleged Self-Defense Shooting Set For Probable Cause Hearing In West Virginia Postponed