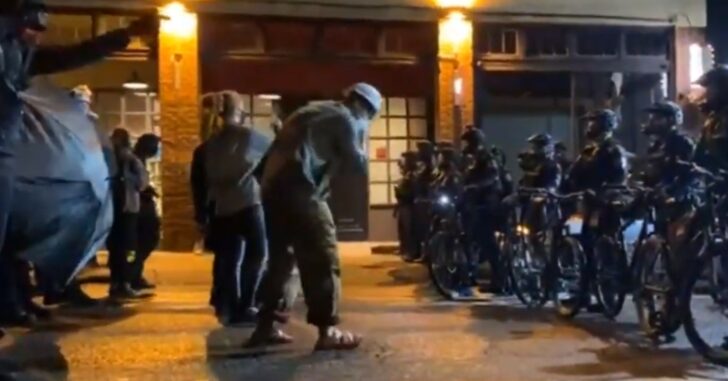 Two officers have been shot during protests and riots in Louisville, but thankfully both are expected to survive. Many cities in the Country have seen an increase in protests after an indictment announcement earlier today.

Praying for the two police officers that were shot tonight in Louisville, Kentucky. The Federal Government stands behind you and is ready to help. Spoke to @GovAndyBeshear and we are prepared to work together, immediately upon request!

Officer Brett Hankison was indicted today, 194 days after Breonna Taylor was killed by officers who entered her home during a no-knock warrant.

Hankison isn’t being charged with Taylor’s death, but rather for endangering the lives of three people in a neighboring apartment, where police found bullets to have traveled to.

Below is a live feed from multiple locations.

Previous article: Louisville May Burn Tonight After Announcement Regarding The Breonna Taylor Shooting Next article: Grandma Foils Intruder's Plans: "I reached over and got my shotgun, and I cocked it"