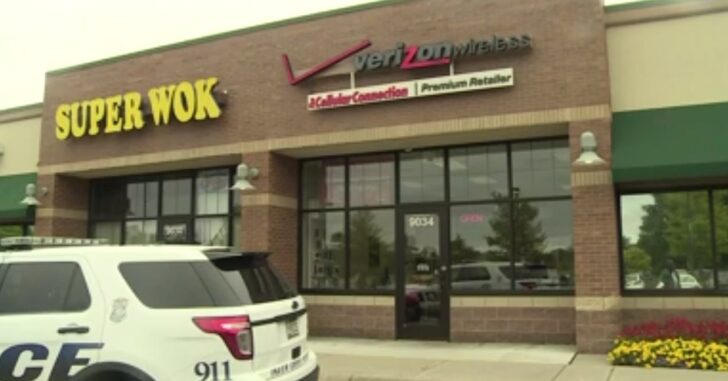 One of the men in the attempted robbery made a getaway after exchanging gunfire with the store clerk, but the other one was wounded, and held at gunpoint until police arrived.

As the Star Tribune reports:

The wounded suspect was reported to be “awake and breathing” in the back of the store soon afterward, while the clerk had “both guns in his hands” while waiting for police to arrive, the dispatch audio revealed.

“While being held at gunpoint, the clerk drew his own gun from his waistband and shot the male suspect brandishing the firearm,” the police statement read.

The clerk does have a government-issued permit to carry a firearm, said police Lt. Joshua Otis. Otis said the suspect also fired his weapon, but it’s uncertain who fired first.

There was no immediate word on the severity of the wounded suspect’s condition, although police said in a statement later that he had “multiple gunshot wounds” and that he was taken by ambulance under police custody to Regions Hospital in St. Paul.

The suspects “had been in the store multiple times” recently as part of their plot to hold up the business, Otis said.

The clerk is employed by Cellular Connection, a partner of Verizon.

This is one of the wonderful advantages (the only one, really) of being permitted to be armed while at work — when the proverbial… crap? hits the fan, you are ready.

With a shootout in what must have been pretty close quarters, it’s a near thing, and a wonderful thing, that this victim emerged unhurt.

Stay safe out there, folks — this could happen to any one of us.