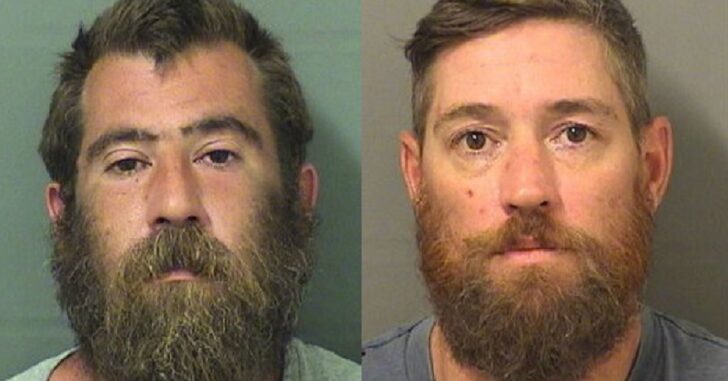 DELRAY BEACH, FL — A pair of men were arrested for threatening to kill an Uber driver because they thought he was threatening their community.

He was just lost.

Roberto Augustin had just finished making a food delivery for Uber on Saturday night when he became lost inside a neighborhood in unincorporated Delray Beach. As Augustin tried to find his way out, he was approached by two armed men riding in a golf cart.

“Get out of the car, or we’re going to kill you,” Augustin heard as his body froze in fear. The men, pointing handguns at his head, ordered Augustin to get on his knees and put his hands in the air. One man then fired a warning shot into the air that Augustin said whizzed past his head. “I thought it was my last day,” said Augustin, 32. According to the Palm Beach County Sheriff’s Office, the armed gunmen weren’t robbers but community-watch members on patrol. Both men are now facing charges of aggravated assault with a deadly weapon.

And they deserved to be charged. Good grief.

Jenskins and Mercer told deputies that when they approached him, Augustin became aggressive and charged at them. That caused them to draw their weapons and point them at Augustin, they said. Jenkins admitted firing a warning shot to keep Augustin from fleeing, the sheriff’s report said. Augustin told deputies he thought Jenkins and Mercer were out to rob him because neither man was wearing any identification and both were in plain clothes.

But please don’t be an idiot while doing so.

Previous article: Store Owner Shoots Beer Thief; What Not To Do Next article: Is 'Printing' A Big Deal? And How Much Do You Worry About It?