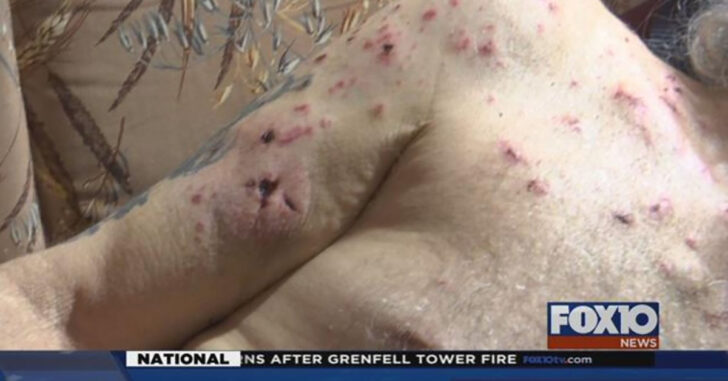 THEODORE, AL — In an unbelievable testimony of just how tough our United States armed servicemen and women can be, a Marine veteran fended off a 3-man burglary into his home single-handedly, and with a gunshot wound. 62-year-old Michael Irving, a veteran of the United States Marine Corps, was attacked by three individuals, Chasatie Dulabhan, Casey Ray Gann, and Joseph Heathcock, armed with a shotgun and a handgun. They looked for an easy burglary. They looked in the wrong place. “I walked right here to open the door, and that’s when he shot me right there,” Irving recalled according to WALA. “They cut loose on me, and that’s when I went to the cabinet here and back behind the coffee was an old time pistol. I opened the door and smoked ’em.” It gets even better. Keeping in mind that this man has already been shot, he managed to shoot all three of the suspects — and do so deliberately, with non-lethal shots. “I tried not to shoot any of them in the chest. I didn’t want to have to kill ’em,” he said. Although you really shouldn’t listen to anyone who says anything other than “shoot to kill” in a life-and-death scenario like this, it’s hard not to admire this guy’s incredible clarity under both pressure and pain. All three suspects, and Irving himself, were hospitalized. All three are expected to survive, and the three suspects are in jail. Chalk one up for the good guys. Please share this story on Facebook and Twitter and let us know what you think about what happened here!
Categories: General, Guns Saving Lives, News