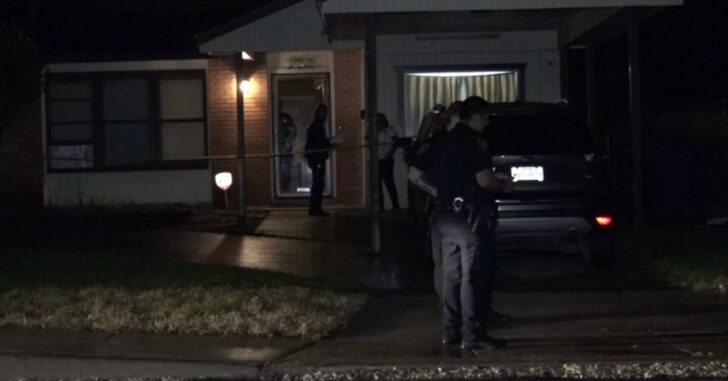 SAN ANTONIO, TEXAS — A homeowner is in the hospital after confronting an intruder who broke into his front door while he was sleeping. The invasion turned into a physical match, and the homeowner is lucky the bad guy didn’t get his gun.

When officers arrived they found the homeowner holding down the would-be burglar. Police said the occupants of the house were sound asleep when they heard someone breaking into their front door. The homeowner said he grabbed his gun and confronted the person breaking into his home. The gun went off during their scuffle, but nobody was shot.

The alleged burglar was taken into custody and the homeowner, who was injured during their struggle, was taken to the hospital with deep lacerations on his head.

Each home is different, and each scenario plays out differently. I can’t say how far away the intruder was to the homeowner when they first made contact, but getting too close can be deadly.

With gun-in-hand, and getting into a physical altercation, anything can happen. It’s not clear which one of them pulled the trigger, but it could have easily been the bad guy.

What if he gained control over the firearm? What if he overpowered the homeowner? Luckily, neither of those things happened, but we still need to consider what to do if someone breaks in.

In this case, it sounds as though both people at home were in the same room. If no one else is inside the home and an intruder comes in, staying inside the room may be the best option. If you go out and are unsure of where the intruder is, anything could happen.

On the other hand, if you stay put and arm yourself while someone calls 911, you have a large advantage if that intruder were to open your bedroom door.

Hopefully no one ever enters your home uninvited, but you should prepare for that to happen, just in case.

Previous article: Six Dogs Escape Property, At Least One Shot And Killed After Attacking Livestock Next article: The Saturday Mass Shooting You Didn't Hear About Where 13 People Were Shot During A Memorial Event