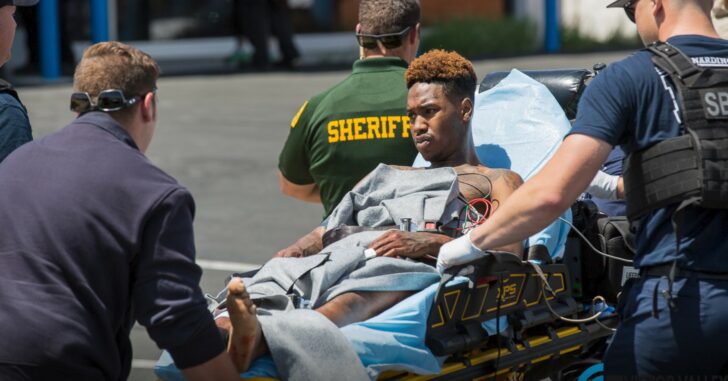 Victor Valley News reports that the fight began when two would-be robbers strolled into a pawnshop and threatened to rob the business.

The employees called the police.

“During that call, there was an exchange of gunfire between the suspects and the employees,” said Sheriff’s spokeswoman Mara Rodriguez according to Victor Valley News.

There were reportedly three employees inside the store.

“During the exchange of gunfire, both of the suspects and one of the employees were shot,” Rodriguez continued.

All three received medical attention, and all three are not in danger of losing their lives.

How many times are robbers going to make this mistake?

Although many pawn shops do not have armed employees, the fact is any savvy pawn shop owner or manager will strongly encourage their employees to carry at work, for exactly this reason.

If you’re a robber looking to knock over an establishment, you’re taking a serious gamble.

These thugs may have survived the ordeal, but the justice system is not done with them. They’re going away for a long time.

Previous article: #DIGTHERIG - Dominick and his Kimber Solo Carry in a Winthrop Holster Next article: Robber With Knife Loses Against Armed Citizen With Gun