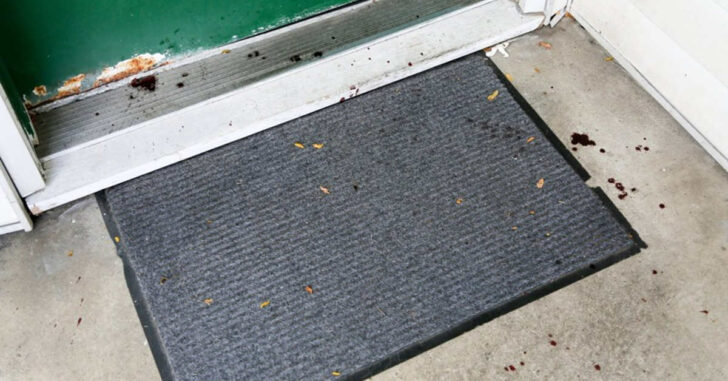 HAMILTON, OHIO — An elderly man was brutally beaten and robbed but was able to retrieve his handgun and shoot one of the robbers in the leg, forcing both to flee. This apparently happened only a little after he had been burglarized and had his gun stolen. Thankfully, he bought a replacement .38 special that likely saved his life.

According to the Hamilton Journal-News, the 88-year-old man encountered the couple of thieves in his driveway. It was a man and a woman, and they taunted him before hitting him in the face several times. The man took his wallet and the woman pushed past him to get his television. The homeowner got his .38 special out from a drawer in his coffee table and shot the man on his front porch.

“I guess he was counting my money,” he said. “I aimed for his leg and I got him.”

This changed the tone for the female robber. She apparently plead with the man to not shoot her.

“It told her, ‘You get your ass out of here and I won’t shoot you,’ ” the homeowner said.

They ran off with his wallet, cell phone, and strangely his home phone. The Hamilton Journal-News reported that they had unplugged the television to take that, too, but he shot the man before that happened.

The gall to beat a man in his own driveway, barge into his home, taunt him, and then plead for your life and still take his property…

He was already victimized before when a burglar stole his gun. If he hadn’t bought a replacement, he likely would have been hit again and again and again — until one group of thugs just found it more convenient to beat him to death.

That’s drug culture for you. Word gets out that so-and-so is an easy target and it’s just a matter of time before the next burglar or robber comes rolling in. That is, unless you have a gun to protect yourself.

This is why carrying around the house is such an important thing. It wasn’t even a week ago we reported on another elderly man who was confronted with two armed robbers in his own garage. One of the thugs pressed a gun to his head and told him to hand over his keys. That retiree gave him lead, instead.

It’s a truth we have to admit about how the world works: you’re either a victim or you’re not. The criminals won’t give you a choice — you have to choose for yourself. Being armed everywhere you go is just STEP ONE. Check back here regularly to hear about the next step.

Previous article: #DIGTHERIG - Rory and his Rossi .357 Model 361 Revolver in a Theis Holster Next article: How Many Different Ways Can You Carry A Concealed Firearm?