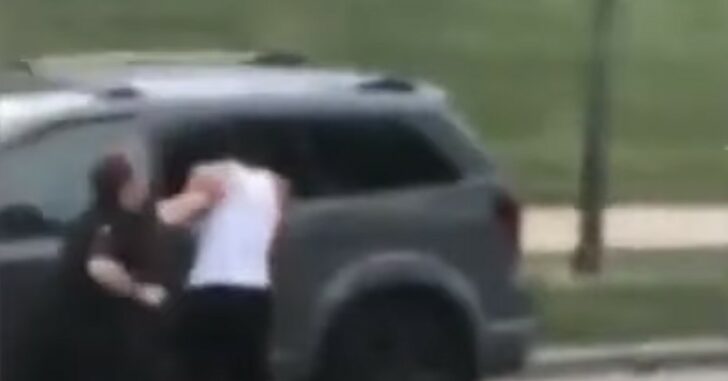 KENOSHA, WISCONSIN – As the country was focused Tuesday on a critical election in Georgia that will determine which political party holds the power in the United States Senate, the attention shifted to Kenosha, Wisconsin as two major developments in two of 2020’s most controversial cases was made public.

Kenosha County District Attorney Mike Graveley announced that white Kenosha police officer Rusten Sheskey will not face any charges in the shooting of Jacob Blake, a black man, nor will Blake be facing any criminal charges.  Meanwhile, Kyle Rittenhouse, who was jailed on multiple charges including two counts of homicide in an incident that occurred during protests following the Blake shooting, plead not guilty to all charges via a virtual appearance.

In the hours prior to the DA’s announcement, the Kenosha County Sheriff declared a “state of emergency” for his county in anticipation of potential backlash to the decision.  In a memo issued a day prior, he said that the county may experience “rioting, looting, damage to county and city property, and civil unrest”. Stating that the city and county have a compelling interest to keep the peace amid “escalating tension”, he suspended all evictions and service of civil processes until further notice, saying that human lives and property are “at very high risk.”

The memo concludes with the statement, “I find that the potential for disaster exists, which requires extraordinary measures to protect the health and well being of the people. Declaring a state of emergency will facilitate and expedite the use of resources to protect persons.”

Many businesses in Kenosha were boarded up in advance of the announcement and several streets were closed. The Kenosha County Courthouse, surrounded by an temporarily erected iron fence, was under the watchful eye of National Guard troops, summoned by Wisconsin Governor Tony Evers on Monday afternoon. A curfew is in effect. Blake’s family and their supporters marched through the streets in the hours before the DA spoke.

On August 23, 2020, three officers responded to a domestic complaint at an apartment complex. As they attempted to take Mr. Blake into custody, he walked away from them and around a SUV with three of his children in the back seat. Blake resisted arrest, was tased and then shot seven times. Officers administered first aid to Blake until medics arrived and took over treatment, transporting him to a hospital where he underwent surgery. Blake survived but is paralyzed.

Police say that Officer Sheskey was acting in self-defense, fearing for his safety and life that Blake was going to seriously injure or kill him with a knife. The knife was recovered in the SUV, which Blake slumped into after being shot, and Blake has admitted to being in possession of the knife.  Cell phone video from the incident has been viewed millions of times, with those on both sides of the issue claiming that it supports their position.

For days afterward, nightly protests erupted into violent riots, with cars, city vehicles and buildings burned, and virtually everything else smashed or spray painted. Order was restored when hundreds of National Guard troops used tear gas and rubber bullets to gain control over the rioters.

Rittenhouse was declared a fugitive from justice, and surrendered to authorities in Antioch, Illinois in the early morning hours of August 26th.  He told investigators that he had been hired to protect a business property in Kenosha amid the unrest, and that he fired his rifle in self-defense after being struck in the head with a baseball bat and skateboard.

He was extradited from Illinois to Wisconsin on October 30th and booked into the Kenosha County Jail under a two-million-dollar cash bond, charged with a half-dozen criminal counts including first-degree intentional homicide and first-degree reckless homicide. Supporters donated money in support of him and garnered his release on November 20th.

DA Graveley pleaded with his community…and the entire country…to remain peaceful, rhetorically asking “Rather than burning things down, can moments of tragedy like this be an opportunity to build things?”

New information was revealed about the shooting and the events preceding it. On that date, there was a warrant for Blake’s arrest in a domestic violence incident that had previously occurred. Despite being banned from his girlfriend’s residence, she allowed him to attend their son’s birthday party at her house. According to her, Blake threatened to take her rented SUV, prompting her to call 911.

When officers arrived and attempted to take Blake into custody, he resisted. He was tased twice and pulled the taser leads out of his body, according to Wray. He was tased a third time by a dry stun, the direct contact of the stun gun against his body, which also proved ineffective.

During the struggle, Blake allegedly pulled a knife from his waistband, dropped it and picked it up before walking away from the officers. The officers, winded from the struggle, momentarily disengaged, backed away and drew their service weapons.

When Officer Sheskey noticed that Blake was headed for the driver’s seat of the SUV, which had three children seated in the back, he grabbed Blake’s shirt in an attempt to keep him from getting in the vehicle and driving away with the children. “Officers could not let him leave with a child in the car,” said Wray, adding, “This is the stuff that amber alerts are made of.”  Sheskey told investigators that he did not fire until Blake turned toward him with the knife.

Blake contends that he never intended to attack the officer, saying “I ain’t gonna pull no knife on no damn cop. That’s just stupid.”

Following the announcement, Ben Crump, an attorney for the Blake family expressed “immense disappointment” in the decision. Writing on Twitter, he said, “This decision failed not only Jacob and his family but the community that protested and demanded justice.”

Blake is now at home after months of hospitalization and rehab, according to a relative. He is serving two year probation resulting from a plea agreement on the original charges for which officers were attempting to arrest him on, pleading guilty to two misdemeanor counts of disorderly conduct involving domestic abuse. He has no other criminal history and per today’s announcements, no pending charges.

Meanwhile, Rittenhouse is expected to be back in court by means of a virtual appearance on March 10th, and a trial date has been set for March 29th.