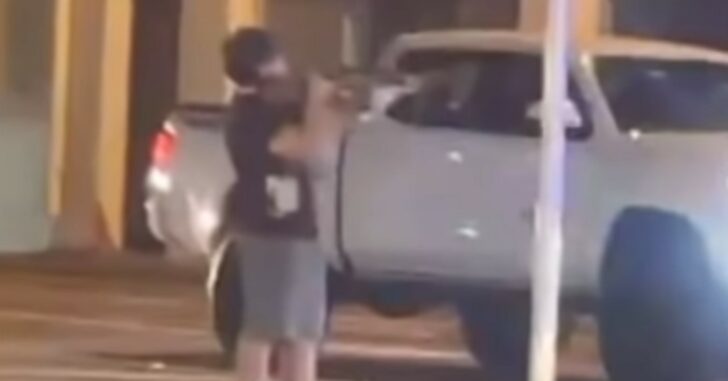 TAPRON SPRINGS, FLORIDA — An 11th grader is dead after he was captured on video pointing a rifle at vehicles and responding police. Police opened fire when they saw no other choice, believing that the teen posed a deadly threat to themselves and the public.

It was later determined that the teen was wielding an airsoft rifle.

Being able to distinguish a real rifle from a fake one is near impossible unless you’re up close and personal, especially in a poorly lit scenario. These officers made the right call here, and it’s the same call that an armed citizen would likely be cleared of.

The perception of a deadly threat needs to be realized, and this situation absolutely qualifies. This teen, for whatever reason, likely knew that people would believe that his rifle was real, and deadly. Being no stranger to law enforcement, it’s still unknown what led the teen to do what he did.

If you were out and about, and saw something like this going down in front of you, how would you react? At the very least, I’d be on the phone with 911.

Previous article: Watch This Real-Life Encounter Between An Armed Citizen Holding A Suspect At Gunpoint, And An Officer Next article: Parkland School Shooter Pleads Guilty To Murders, Blames Marijuana For His Rampage