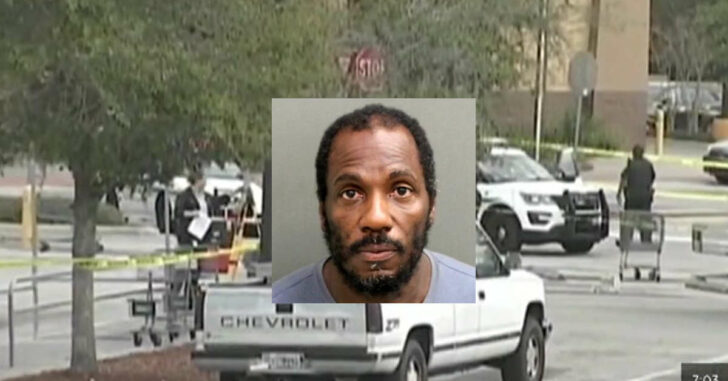 ORANGE COUNTY, FLORIDA — A man stood before a judge last Thursday after he shot a shoplifter outside Walmart. That man was not a licensed concealed carrier nor an employee of the store. He allegedly stepped in after a loss prevention employee confronted several people accused of stealing diapers. The conflict escalated and he allegedly shot Arthur Adams, 19, after he believed the suspect was reaching for his gun.

Adams and several other associates fled the scene following the shooting, according to WFTV News. Orange County Sheriff’s Office confirmed that Adams was found at a Citgo gas station not far from the scene of the crime. He was pronounced dead at a local hospital. Now, 51-year-old Lonnie Leonard will stand trial for charges placed against him by the Orange County Sheriff’s Office. They have charged him with manslaughter, aggravated battery with a firearm and carrying a concealed firearm.

This is what happens when people insert themselves into otherwise non-violent conflicts. This gun owner didn’t have a permit to carry concealed and jumped the gun — proverbially and literally — when it came to assessing Arthur as a threat against his person.

While the ‘Stand Your Ground’ defense holds up in the situation of a man defending his life against an imminent threat, the judge will likely take a close look at the conditions that lead to the shooting death of a man accused of little more than stealing diapers.

Sadly, we run into this type of story WAY TOO OFTEN. In too many cases, we’ll encounter a concealed carrier taking the law into his own hands to stop an unarmed thief from fleeing the scene. We ALSO see concealed carriers exercising the right type of force when encountering a threat in the parking lot of a store.

This guy wasn’t a concealed carrier. He also wasn’t working from a defensive mindset. These two factors, in addition to the myriad of others, will likely play against him in a court of law. Even if he is found not guilty of charges, he will still face some time for using a concealed firearm without a permit.

Let’s not even count the tens of thousands of dollars he’ll lose from lost time at work, missed payments, and court fees.

It’s very expensive to be wrong in a gun use scenario — and it makes life that much harder for responsible concealed carriers who do have the right idea when it comes to defending themselves and their family.

Don’t put yourself in harm’s way. Don’t place yourself in an escalating situation where you may be forced to draw your gun before you can be absolutely certain the other person is armed or has intent to harm you.

Concealed carrier ≠ law enforcement. Our job isn’t to enforce the law. That’s a police officer’s job. If you see something take place at a Walmart or other store, report it to police. Stay a safe distance. Absolutely defend yourself if you need to but don’t put yourself at added risk. This is how otherwise law-abiding gun owners can wind up in jail — or far worse — injured or killed.

Carry concealed everyday and definitely keep that defensive mindset at all times.