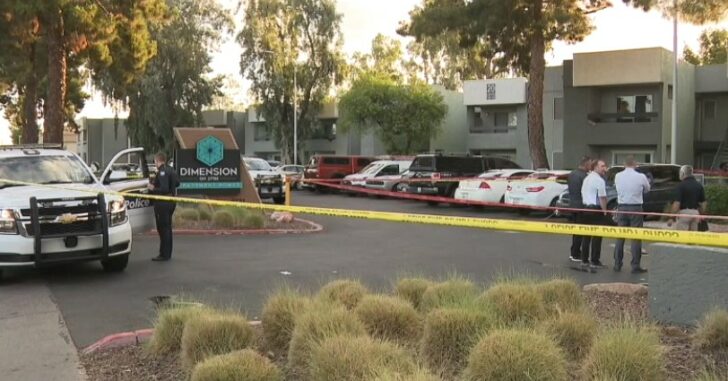 PHOENIX, ARIZONA — A man is dead after an altercation with his girlfriend led to shots fired. The incident happened outside an apartment complex. A witness to the incident told her roommate to call 911 after she heard a woman’s cries for help.

“Pretty husky. He was reaching down over her – bam, bam. All I saw was the right hand; he was wailing on her,” the witness recalled.

That same witness remembers hearing three shots and then seeing the man with a wound to his chest and back.

The man was taken to the hospital but later died from his injuries.

The woman was detained, and it wasn’t immediately clear if she will be facing any charges as a result of the shooting.

According to witnesses, she acted in self-defense without question. “Self-defense. Everybody that heard, it was self-defense, and it was,” says the witness.

Previous article: Former Friend Goes Into Attack Mode While Stalking Armed Man At 5 A.M. Next article: Quote Of The Day: "You Can't Use A Gun For Self-Protection In Canada. It's Not A Right You Have."