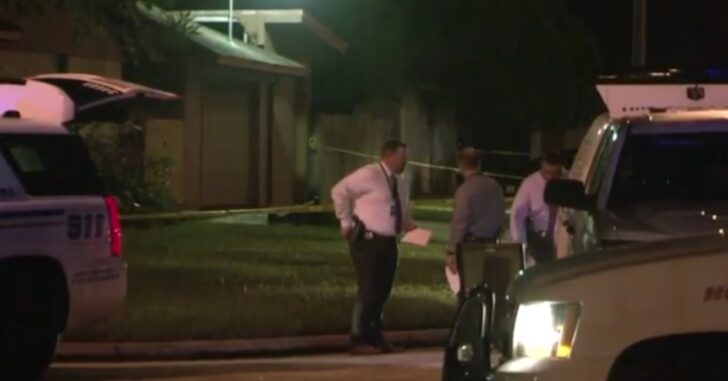 HARRIS COUNTY, TEXAS  — An alleged home intruder was shot dead by a homeowner following a confrontation inside the home.  According to Sheriff Ed Gonzalez, the incident occurred around 8:30 p.m. at a home in the 10500 block of Kenneland Lane in northwest Houston.

The married couple inside witnessed a man breaking into the back door of their home, and the suspect was successful in gaining entry to the home. As he approached the couple, the man of the house, in fear for the lives of he and his wife, shot the stranger in self-defense.

“The homeowner was in fear of his life, hearing the noise and seeing someone inside the house that he did not recognize,” Captain Joe Ambriz said.

The suspect was pronounced dead at the scene.  The homeowners told officers that neither of them recognized the man, who appeared to be in his early twenties and has not yet been identified. It was not clear if he was armed or not. So far, there is no known motive. Ambriz commented, “We have more questions than answers at this point.”

“The homeowner is cooperative. They’re taking statements from the homeowner right now,” he added.  “There is video in the neighborhood. They’re in the process of getting the video.”

The case will be referred to a grand jury, as is standard procedure in such cases. The process in no way implies that the homeowner’s actions were unjustified and there is no indication that he will face any charges.