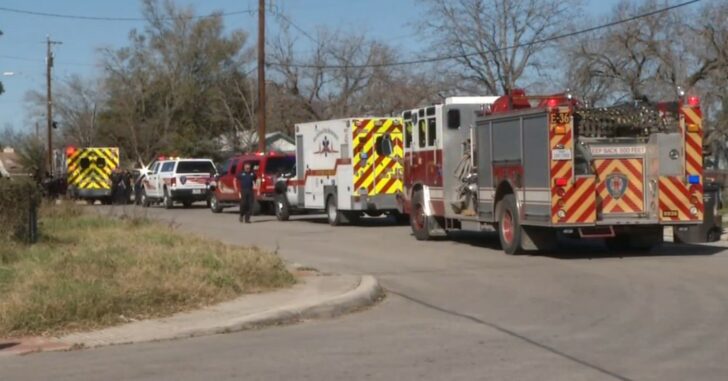 SAN ANTONIO, TEXAS — Half a dozen homes were evacuated in a neighborhood after a man, who was working on a plumbing project, found a sealed box under a home with 75 rounds of .40 S&W ammunition inside. The ammunition is thought to have been there 40 years, based on a written date on the box.

We are currently trying to locate the person with the time machine that was able to place these 40 S&W rounds in this location almost 15 years before they were invented. So far, we have been unsuccessful.

“This is definitely a big danger, because they’ve been under there so long,” Captain Troy Balcar of the San Antonio Fire Department said. “They’ve rusted, they’ve been exposed to the weather, elements outside so we definitely want to get them disposed of as quickly as possible.”

Neighbors were evacuated for three hours after the find.

Just last week, the neighborhood had a similar incident where shotgun shells were found at the same house. In that incident as well, the bomb squad was on scene to dispose of the shells, spending a half hour doing so.

After reading this story, I was afraid since I have decades-old ammunition in my basement. Then, I realized that I’m not dramatic, and I understand that old ammo poses no danger. If it’s rusty, I wouldn’t fire it. Plus, the powder inside is probably wet.

Unless it were exposed to extreme temperatures, I can’t possibly see how the ammo in this container would pose a threat to anyone. The response here seems… overly excessive.

Is this story for real?