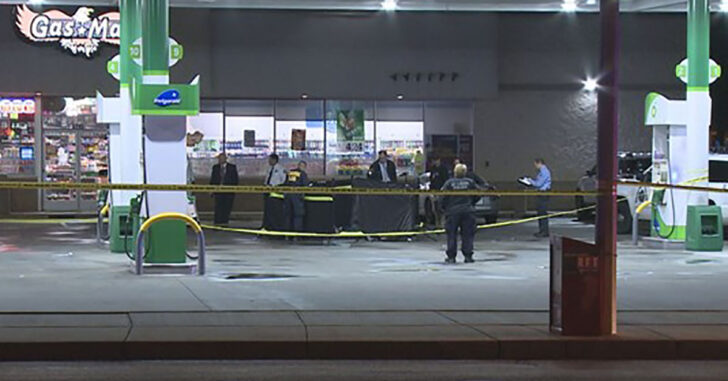 ST. LOUIS, MISSOURI — Although the call on when or when not to use your firearm in self defense can sometimes be difficult, sometimes it’s very straightforward — and this criminal learned the hard way that not all civilians are helpless.

In St. Louis, Missouri, an attempted robber was shot and killed by an armed citizen whose life he threatened with a weapon of his own, KSDK reports.

The robber, identified as one Marcus Porter, age 34, approached an armed citizen’s vehicle and proceeded to yell at him and open fire upon him, wounding him in the leg, according to police reports on the victim’s statement.

The citizen then returned fire, killing the suspect in the process.

Police recovered both firearms from the scene and are continuing the investigation, KSDK reports.

Although it is unfortunate that this incident cost a life, it is heartening to see that, assuming the victim’s statement bears out to be the truth, that the good guy was able to leave the situation in a lot better shape than his attacker.

It’s also an important reminder to all of us — even the most mundane places, like gas stations, can become the place at which we are required to defend ourselves from deadly assault.

Always carry, and always be watchful.

Previous article: Interacting With Law Enforcement While Armed – A Legal Analysis Next article: What To Look For When Seeking Out Firearm Training... And Red Flags To Tell You To Move Along