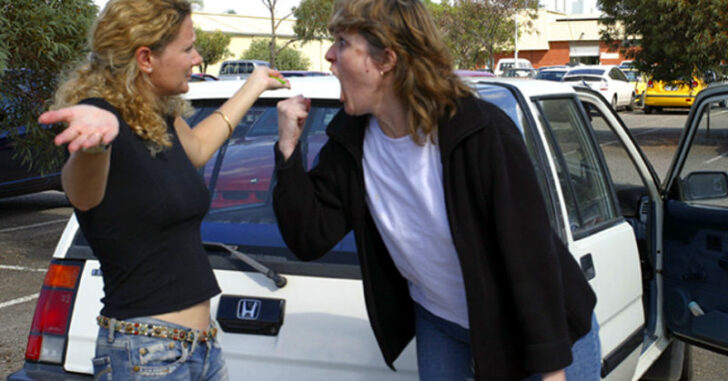 The hardest part about gun control advocacy groups is that their followers tend to mindlessly regurgitate slogans and memes that defy logical debate.  Memes are great for that witty tongue-in-cheek retort but they’re absolutely worthless when it comes to accuracy or credibility.

Fighting Past The Dank Memes

Facebook and Twitter are great platforms for posting the dankest of memes.  Why are memes so prevalent?  It cuts time of having to actually articulate a viewpoint.

Anatomy of a Meme

A lot of memes center around taking one largely irrelevant argument and skewing it with another.  For educational purposes only, we’re throwing up a popular gun control meme so we can dissect it. “Each year[,] 24 million Americans* suffer from Depression. / Are you sure you want concealed carry and stand your ground laws?”

We checked with the Anxiety and Depression Association from America and they said roughly 14 million are afflicted by Major Depressive Disorder.

It looks like the meme author (no surprises here) probably doesn’t understand how depression works.  He or she likely didn’t take the time to do much research outside of finding a number and posting it up to support an irrelevant argument.

Now, if you’re going to debate somebody who came out with this argument, you’d have to logically dismantle the first part to begin to discuss the merits of the second.  The second argument is that concealed carry and Stand Your Ground laws are somehow tied to the criminal use of firearms.  That correlation has not been vindicated by research.  But, gun control advocates aren’t really fans of research.  They’re fans of knee-jerk reactionary BS that makes them feel good.

We previously discussed in another article that any massive sweeping changes to gun law — by way of either confiscation or prohibition — is not in the cards.  Why?  Because it’s costly.  And before anyone brings up, “well, they did it in Australia” — read our article.  We go into that.

The core point that the meme is trying to get at, in this example, is that the right to carry a concealed firearm and to stand your ground from a clear and present danger is somehow related to a broad spectrum of psychological disorders.

Stand Your Ground laws are pieces of state-specific legislature allowing a legally armed citizen to defend himself from a potential lethal force with no duty to retreat.  The wording changes depending on the state you live in and some states don’t have Stand Your Ground laws on the books.  In order to debate that point, your opponent first has to understand that.

A lot of gun control arguments are made off the basis of pure laziness.  We’ve included a sample dialogue illustrating how annoying it can be trying to talk some common sense into somebody who resorts to “lazy anti-gun arguments”.

Lazy Anti-Gun Argument: “If you were a real man, you’d just [punch or physically assault a gunman].”

LAGA: “You must have a pretty small [sexual organ/s] if you need a gun to protect you.”

Counter: “Your obsession with my genitalia has nothing to do with my right to defend myself.”

LAGA: “Gun violence is an epidemic.  We should stop having guns.”

Counter: “Do you commit crimes with a gun?”

Counter: “Then how does removing your gun stop violent crime?”

LAGA: “…Because if nobody has guns then gun violence will stop.”

Counter: “Who’s going to collect up all the criminals’ guns?”

And on and on it goes…  The main argument a LAGA makes is something that either has never been proven, attempted, or is even logistically feasible.  Yet we, the audience, have to somehow find a common ground to discuss something that is real — our right to bear arms — with a slew of things that aren’t.  It quickly gets dumb.

The Majority Of The Discussion Will Likely Be Education

It’s an unfortunate fact to any gun control debate.  Your conversational buddy will likely be teaming with hip-pocket arguments like “guns in a home make the occupants three times more susceptible to gunshot wounds” or “34% of all gunowners are actually werewolves.”  The point being, the person talking likely didn’t do that research himself.  He had those out-of-context factoids fed to him by any organization with a vested interest in the subject.

Do him a favor and dismantle it with one simple question, “where’d you get that information?”

A couple quick notes on how science works.  Correlation does not mean causation.  Just because one study trumped their statistics in the right place doesn’t mean some meme is proof positive of anything.

Follow-through — How would you implement your idea?  ‘Make a law forbidding X, Y, Z’?  Oh, that’s crazy — that’s exactly what our legislative body does.  It makes, changes, and removes laws.  The use of an Executive Order is only supposed to happen in times of great emergency where immediate need is present.  A school shooting doesn’t constitute that, I’m sorry.  Is it tragic?  Yes.  Is it a national emergency?  No.  Go submit your complaint to your elected representative and have him or her do the job.

Chances are great that the person you’re discussing this with will probably glaze over and say something flippant and/or walk away.  That’s called a personal bias.  But in the rare opportunity you’re able to engage or discuss the merits of both gun ownership and carrying a concealed firearm… You have the opportunity to truly change someone’s opinion for the better.  Because the truth is — we’re all in this together.  The more prepared, armed, and ready people exist in the United States, the more armed criminals have to second-guess their life decisions… And that’s always a good thing.

Previous article: [VIDEO] Boy Being Beaten By Two Men With Bat Is Saved By Concealed Carrier; Training Pays Off Next article: #DIGTHERIG - Gregg and his Berretta PX4 Storm