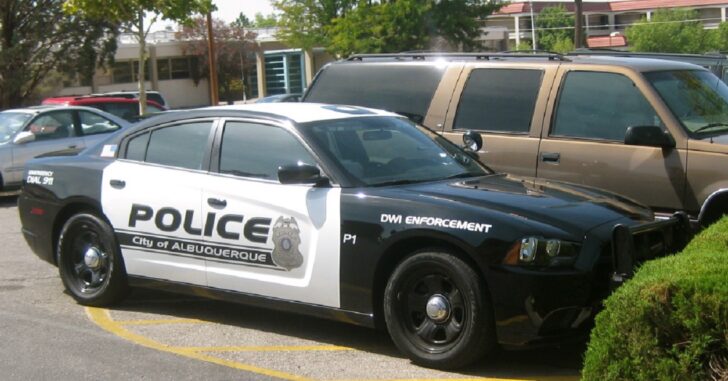 ALBUQUERQUE, NM — When a homeowner encountered two thugs breaking into his own garage, he took the fight to them, and he did it quickly.

It resulted in two bullets, one in each leg, for one of the bad guys — pretty much putting an end to his budding cross-country career for the time being, at least.

According to a criminal complaint, a burglary didn’t go as planned for Rodolfo Serrano-Urias. Things turned when he and friend broke into Warren Wild’s garage on Los Tomases Drive early Tuesday morning.

Police said Wild heard something and checked the garage. He had a .40 caliber Glock handgun. When he saw the men he fired one round to scare them away. That’s when the two took off.

But Serrano-Urias didn’t get far. According to the report, Wild shot Serrano-Urias in the back of the leg as he jumped over the fence in the backyard, but that still didn’t stop him. The suspect then took off down Sunset Avenue when the homeowner shot him in the other leg.

At least that’s what the suspect told police. According to the homeowner, he only fired at Serrano-Urias while he was in the backyard. He said he pulled the trigger to protect himself and his wife, who was also outside.

Police found Serrano-Urias in the middle of the street in front of the home with two gunshot wounds, one in each leg.

Once again, we see one of the worst practices in the firearms community: the warning shot.

Folks, if your firearm is out and you choose to fire, you need to be firing to neutralize a threat, not to make a point.

And, as this story bears out, this homeowner had to fire on at least one of the burglars anyway — it’s not worth it.

Firing a shot as a warning is rarely an aimed shot, and it’s often not a shot about which a shooter has thought that much. The odds of hitting something you really don’t want to go much higher.