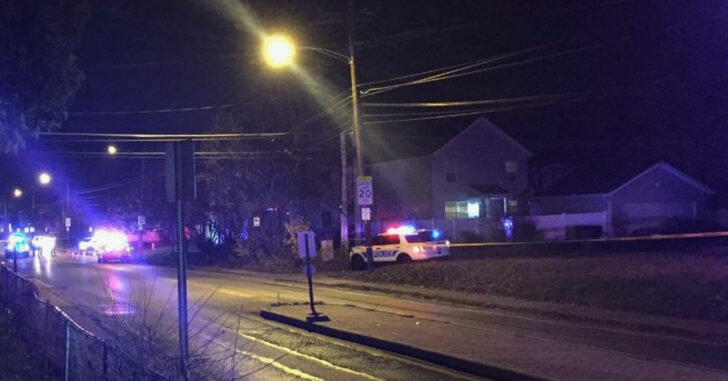 COLUMBUS, OHIO — Columbus police responded to a call related to a shooting around 6:30 p.m. When they arrived to the location, they discovered a man claiming he had been a victim of an attempted robbery. The other man lay unresponsive on the ground.

According to 10TV, 24-year-old Samuel A. Dozier was transported to a nearby hospital in critical condition. An update from the station confirms that he succumbed to his wounds. The man who allegedly shot him, said it happened in self defense. He was a legally licensed concealed carrier and has cooperated with local police.

In an urban environment, there’s a really good chance in a defensive gun use scenario that other people will hear the shots and call for police. Your main priority should be staying alive. Whether it’s evading a potential bad guy or seeking cover, never assume the guy who tried to rob you or hurt you acted alone. That’s why you shouldn’t just hang out in the middle of the street waiting for police.

After the dust settles from those initial shots and the bad guy is down, this is your time to scan and SEEK COVER.

Getting to cover is important because it makes it harder for other bad guys to take a second-chance opportunity to hurt you. Once you have moved to cover, that’s when you figure out your next plan of action. For many, that includes calling emergency services and cooperating with a police investigation.

It can take months for police to finish their investigation, depending upon the scope and the circumstances. The same can be said for the District Attorney’s office. Unless wrongdoing is suspected, in most cases they’ll simply ask you come into the station and talk with their investigation team. This is your opportunity to find an attorney and get some legal advice. We’re not going to advise you on how to handle that. But, that’s also why some concealed carriers prefer to carry concealed carry insurance. It’s nice to have legal advice on standby in the event you have to use your gun to protect yourself.