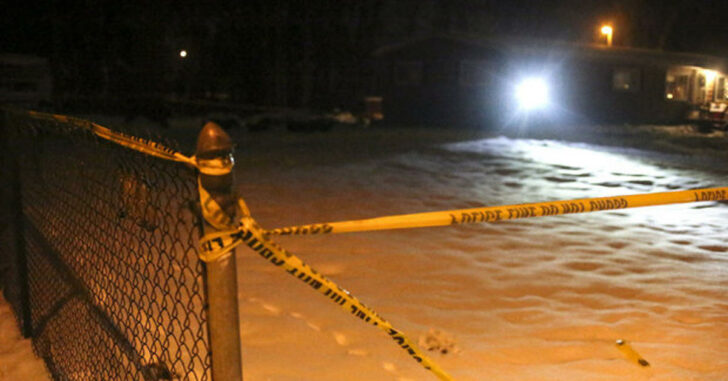 BLACKMAN TOWNSHIP, MICHIGAN — A homeowner was confronted in his own home by a man wielding a knife. During the fight, he suffered superficial injuries to his face before getting his gun and shooting the intruder.

According to Blackman-Leoni Township public safety Deputy Director Christoper Boulter’s statement to Michigan Live, the intruder escaped and is still on the loose. But the homeowner, Boulter asserts, did nothing wrong.

Police believe the shooting was justified. “Someone came into his home, was armed with a knife, and assaulted him. He does not have a duty to retreat, and he was defending himself,” Boulter wrote.

This could have easily gone the other way. And, it’s why guns play such a pivotal role in home defense.

How long do you think a wounded bad guy is going to wander out in the winter before he needs to get that gunshot treated? The police know the make and model of his truck and his license plate number… His days as a free man are numbered.

As for the homeowner, he has the peace of mind that he will be able to successfully defend his own life from assault. That’s no small feat. A man breaking in with a knife has absolutely no intention of leaving without causing grave injury. For whatever reason he decided this was the home he would do that to, he now knows that the homeowner will not passively be a victim.

This was an armed home invasion. It’s something that can happen to anyone, for any reason, at any time, in any place. That’s why we take self defense so seriously and that’s also why we recommend keeping a gun nearby at all times. It’s not a big leap to make to think that any of us could run into a similar situation. Confronting a lone stranger, home alone, it’s a very quick choice to make: us or them.

As a law-abiding gun owner and concealed carrier, I’d certainly hope you’d make the choice to preserve your own life. For the millions of Americans who don’t “believe in firearms”, I would certainly hope they’d see situations like the ones we post on nearly a daily basis and really put themselves in those shoes.

No home invasion should ever be successful for the bad guys. A law-abiding gun owner willing to defend himself and his family is the very first step to making that a concrete reality.

Previous article: Pro Tip #2: When A Homeowner Asks You To Stop Breaking Into His Truck, Take The Hint Next article: Two Home Intruders Bash Down The Door -- Homeowner Has To Get A Gun Off One Of Them To Save His Family