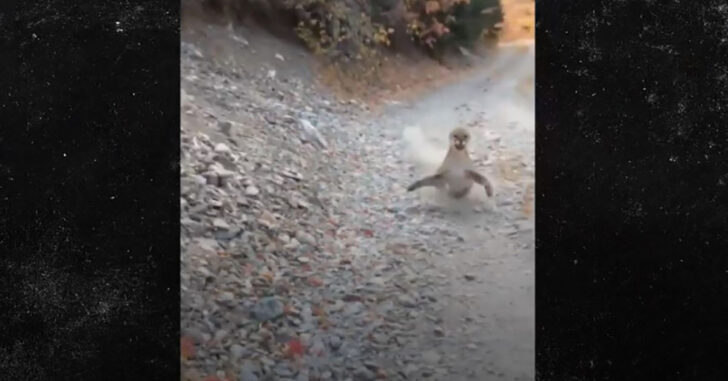 A hiker in Utah was in for a shock with a big cat began stalking him on the trail, and that cougar wasn’t happy that he was around.

Kyle Burgess posted a full video of the terrifying encounter that went down this weekend at what he says is the Slate Canyon Trail near Provo, UT — footage that shows him coming across a couple cougar cubs along his run … only to come face-to-face with their mother.

As soon as he recognizes the mountain lion is hot on his trail, he starts to backpedal slowly, trying not to startle the beast or trigger it to pounce — but it did rush at him several times!

If you’re ever finding yourself near cubs, of a cougar, bear or similar, you need to keep your eyes pealed and have a plan of action. Mom is around and she’s watching you closely.

The video can be viewed below.

Luckily for Kyle, he didn’t have any harm come to him during this incredible encounter.

From the concealed carrier’s point of view, I would have done similar to what Kyle did, as there was no immediate need to shoot. Would I have had my gun out? Probably, because that cat can close distance incredibly quick.

Knowing that cubs are around, though, and the posture that the cougar was presenting, she simply wanted Kyle to GTFO of there.