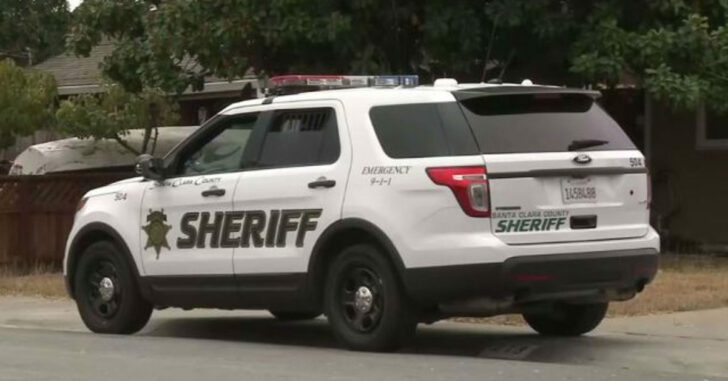 LOS ALTOS HILLS, CALIFORNIA — A man from Georgia approached the doorstep of a home where a woman was seeking shelter. The family living at that home saw him approach with a handgun drawn and reported it to authorities. The suspect forced his way into the home and opened fire on her and at least two other residents before one of the residents returned fire. The assailant, 43-year-old William Brady III, was wounded in the exchange.

Local sheriffs deputies found the suspect lying on the ground with a gunshot wound, according to Mercury News. The woman was staying with the residents and she reported that she knew Brady was stalking her. The male resident of the home saw him approaching with a gun drawn and retrieved his own to protect himself and the other residents. Deputies are treating this case as self-defense and no charges are expected.

Brady’s handgun was recovered as evidence and he was admitted to a local hospital to receive treatment for his wounds. He is expected to be charged with attempted murder.

This is why we keep presenting one simple point. If you have reason to believe someone is or may become a threat to you or your household, seek a protective order or restraining order. It’s a paper trail that helps assist law enforcement and it acts as an additional legal blow against your aggressor should he or she violate the conditions of that order.

The hardest thing for people to do is make the right determination whether a restraining order is warranted. It’s scary. It’s like admitting that there is a real threat to your life whereby perhaps you can just ignore that threat by not getting a restraining order. Don’t do it.

Ignoring the red flags of someone who may be mentally unstable and violent towards you comes at your own peril.

This woman followed the right steps and thankfully, when Brady showed up, there was someone in the home with a firearm that could resist him. If there hadn’t been, Brady was clearly intent on murdering the residents of that home as well as his intended victim.

Be safe. Take the proper precautions against a potential threat. Don’t take chances and carry a firearm everyday, everywhere you can. Even California begrudgingly gets it. Your life is worth it.