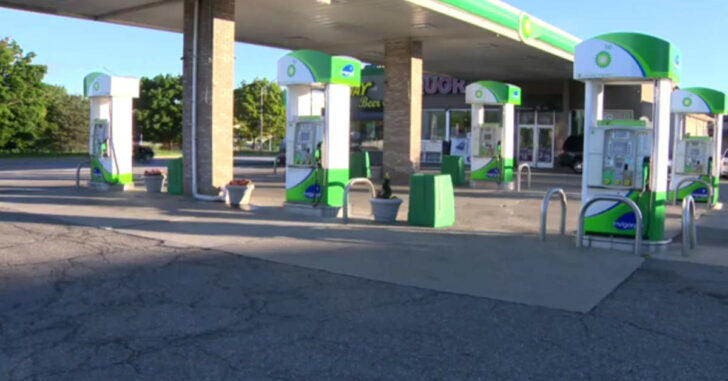 Not much about the incident was reported through the single source covering the story. WDIV Detroit said that the shooting occurred at 11:15 p.m. outside a gas station and the 25-year-old CPL holder was taken into custody. The victim, 40 years of age, was taken to the hospital with serious injuries but is expected to recover.

Unfortunately, too many times mixed signals can lead to actions we regret.

It’s impossible to know who was right or wrong in this scenario. It could be that both had serious lapses in judgement.

As we all know, what leaves the barrel of a gun cannot be undone.

That’s why it’s important to always attempt to de-escalate a conflict before it gets to this point. However, if it turns out the 40-year-old drew his handgun first, legally the situation turns around.

Make sure to identify the threat.

Your defensive action should have begun before anyone’s gun gets drawn. When in doubt, push distance between you and a potential adversary. Get to cover. If it’s possible to get out of dodge without rounds being exchanged, do so. Pride comes second if it means avoiding gunfire.

Remember: no matter if that concealed handgun license holder was justified or not, he’s currently in custody until the prosecutor decides to make a case.

That’s time out of work. That’s time away from the kids. It’s time and it’s money. Should the case go to court, that’s going to be even more time and money.

Your life is always worth it — but make sure the expense is worth it.

Carry responsibly. De-escalate when possible. Get the heck out of dodge when you can.

Previous article: #DIGTHERIG - Dave and his CZ P-07 in an Alien Gear Holster Next article: Woman With Broken Back Shoots Abusive Husband