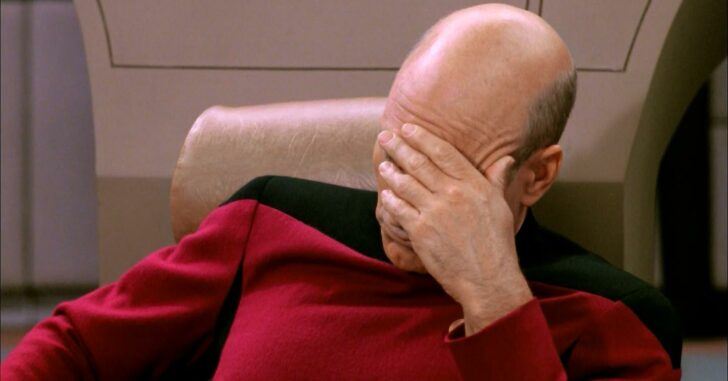 LANCASTER, OHIO — When you step foot inside a concealed carry class, you’re probably required by law to do so as part of your state’s process to obtaining a concealed carry permit.  That’s what this couple was doing in Ohio when the certified police trainer overseeing the class negligently discharged a round into the husband.

Courthouse News covered the overview of the preceding civil court case against Terry Dunlap Sr., who is being sued for emotional distress on behalf of the concealed carry student.

“While apparently licensed, qualified and/or certified to teach concealed weapons carry classes, [Dunlap has] “a history of having previously negligently discharged a firearm and injuring another, of domestic violence allegations, and of disregard for zoning laws in the conduct of firearms instructions,” the complaint states.

That was just part of a scathing review of Dunlap’s prior conduct submitted in the August 6th brief to the Fairfield County Court of Common Pleas.  Michael and Alison Piemonte, of Pataskala, Ohio, are seeking compensation for an unspecified amount pending the emotional distress the couple experienced when one of them was shot by Dunlap.  The event occurred back in August 10, 2013 and is just now getting to the County Court of Common Pleases in Ohio.

Dunlap had apparently shot a 14-year old girl back in 1977 – on a Halloween hayride, according to the Columbus Dispatch.

At the time, Dunlap was a Pickerington police department auxiliary lieutenant. According to a Dispatch account back then, Dunlap said he had fired his .38-caliber handgun into the air to create, in his words, a “scary effect” while taking his daughter and her friends for a “haunted hayride” on his rural property in Fairfield County.

Dunlap told authorities that he believed the gun was loaded with blanks.   That “scary effect” was made all the more real when the round ricocheted and struck Cathy Hessler in her right leg.  She survived with a non-life-threatening wound.

Not only did Dunlap keep his job in law enforcement, he was allowed to become a police trainer and oversee firearms instruction.  When does that ever make sense?!

Add insult to injury, at the time of the second negligent discharge, he was seeking re-election as a Violet Township trustee.

Cathy Schmelzer [formerly Hessler] questioned how Dunlap could be qualified to teach a gun-safety course during the initial interview with the Columbus Dispatch after he had shot his second person.

“He’s supposed to be teaching classes and he doesn’t know there’s a live bullet in there?” she asked.

According to the Piemontes’ statement read aloud in court,

This man shouldn’t own a gun.

No matter how much experience anyone ever claims to have – if they fail to acknowledge the four basic safety principles when handling firearms, get out of there immediately.  Instructor or not, president of so-and-so or not – this person is a danger to himself and others every moment he has a firearm on his person.

The Piemontes thankfully survived their encounter – and if your instructor acts like a fool, learn that lesson ahead of time.  There’s always another concealed carry course out there.  Report the incident to the review board of your state so that your state has some documentation specifically citing that instructor and his organization with the negligent handling of firearms.  If your state forces a legal obligation for concealed carry training in order to lawfully obtain a concealed carry permit, it has an obligation to not require you to attend a course with an instructor who should not be handling or teaching firearms safety.

Previous article: [HOLSTER REVIEW] Alien Gear Cloak Tuck 3.0 IWB Holster Next article: Thug 101: If You're Going To Wave Your Gun In Someone's Face Outside A Bar - Make Sure It's Not The Armed Sober Guy