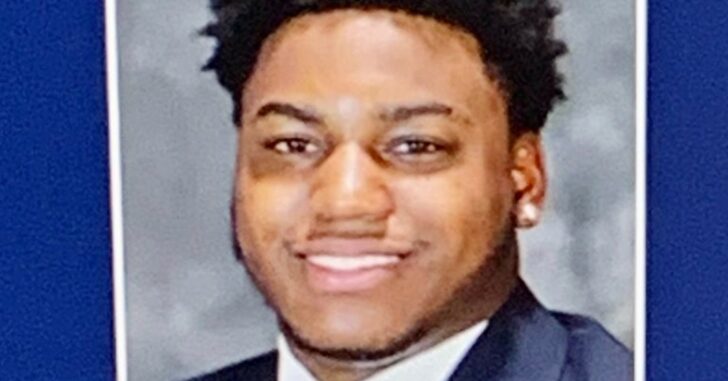 CHARLOTTESVILLE, VIRGINIA — At least 3 people are dead and 2 others injured in a shooting that took place on the University of Virginia’s main campus in Charlottesville.

A suspect was identified as Christopher Darnell Jones, seen below, who played football for the school in 2018. It is not clear if he is currently an active student at the school.

Jones is considered armed and dangerous. A shelter-in-place was activated around 10:40pm Sunday night.

The UVA Police Department is looking for Christopher Darnell Jones regarding the shooting incident that occurred on the grounds of the University of Virginia. Call 911 if seen, do not approach. pic.twitter.com/mKcxF6ksxw

An email was reportedly sent out, seen below, which details more of the incident, including the number of people injured and killed in the shooting. The email also seems to portray Jones as a current student.

#BREAKING: update from the shooting on @UVA Grounds. 3 are dead, two injuries. The shooter is a UVA student, Christopher Darnell Jones Jr.
We’ll have @IsabelCleary sharing what we know so far on @NBC29 sunrise shows. pic.twitter.com/ypKEnWdNT4

Anyone with information, or anyone who believes they have spotted the suspect, should call 911 immediately.

Previous article: Suspect Talks With And Then Fires On Officers, Leading To Violent Arrest Next article: Woman Fatally Shoots Estranged Husband After He Broke Into Home; Police