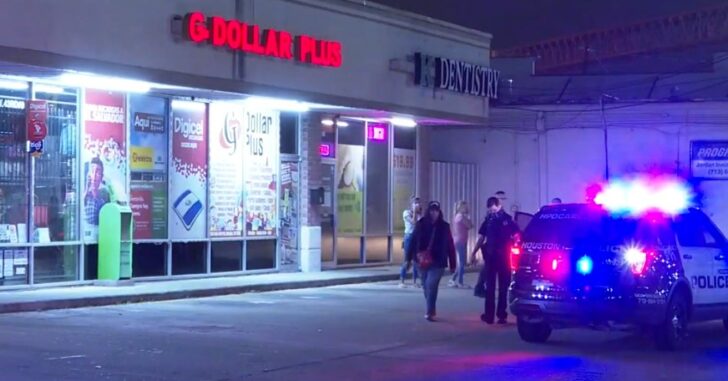 HOUSTON, TEXAS — A homeless man who charged a store employee during a late-night trash run was shot twice by the worker, who told police that he feared for his life. Houston police were dispatched to a discount corner store in the 6400 block of West 43rd Street just before 10:00 p.m. Wednesday.

Arriving officers located a 30-year-old man lying on the ground suffering from two gunshot wounds. He was transported to the hospital and is expected to survive.

The store employee told officers that he was taking out the trash for the night when the man charged at him. In fear for his life, the worker shot the man twice in self-defense. Following the shooting, the employee called 911 to report the incident and is cooperating with investigators.

The worker was not injured in the incident, and police have not released the identity of either party involved. No charges have yet been filed. Texas is a “Stand Your Ground” state which has no duty to retreat before using lethal force in circumstances were such use of force is justifiable under the law.

Previous article: Man Kills His Parents, Drives To Store And Guns Down Shoppers, Then Sets His Apartment On Fire Next article: Man Attempting to Enter Occupied Hotel Room Discovers It’s a Real Pain in the Butt