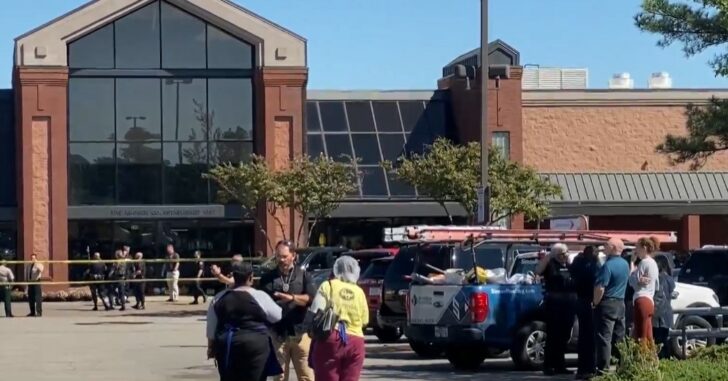 MEMPHIS, TENNESSEE — A gunman is reportedly dead after going on a shooting spree inside a Kroger grocery store on Byhalia and Poplar Avenue in Collierville, which is a suburb of Memphis. At least 13 people were shot, and 1 of those killed.

The incident began shortly after 1 p.m. local time, and police were on the scene quickly.

Employees and customers took cover, hiding where they could inside and outside of the grocery store.

While the suspect is deceased, it is unclear whether he took his own life or was shot and killed by police. His vehicle, which police have located on the scene, is being examined with caution.

BREAKING: At least one person dead and 13 injured in shooting at Kroger grocery store near Memphis, Tennessee officials say. The shooter has died of what officials say they believe to be a self-inflicted gunshot wound. https://t.co/hbwFdcsbLO pic.twitter.com/3Illn8hMae

The number of victims may rise, as police continue to sweep the building row by row and room by room.

Further details will be released once they become available.

Previous article: Amazing Interview With Armed Lyft Driver Who Was Carjacked By Two Criminals... And Won Next article: Federal Arrest Warrant Issued For Brian Laundrie, But It's Not For What You Might Think