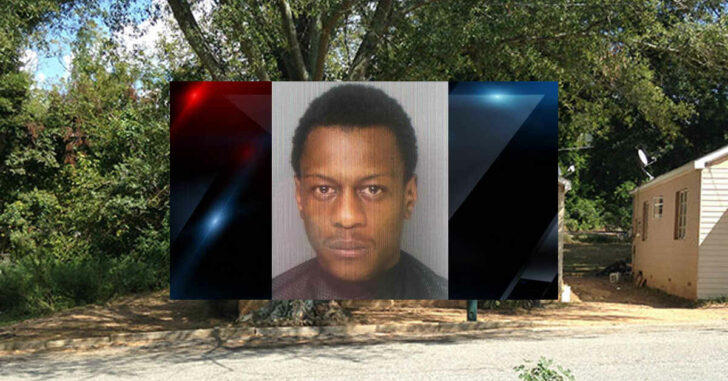 ANDERSON, SOUTH CAROLINA — Under the cover of darkness, three men attempted to burglarize a home knowing there was an occupant inside. That occupant was armed with a gun. He shot one of them and the other two ran. One suspect was picked up by police and another has been identified and will be detained the second he shows his face.

The sad part is who had to die because he took the wrong life advice. According to Live 5 News, 17-year-old Demacio Robertson was shot once in the stomach and succumbed to his injuries a mere thirty minutes later. He basically bled out before he could make it to the hospital. It’s a nasty way to go because shots to the abdomen are extremely painful and full of toxins that quickly rot the body.

It didn’t have to work this way. He could have ignored his 21-year-old thug buddy, Tavis Jackson. Jackson was caught fleeing the scene. He gets to go to jail knowing he got a 17-year-old killed because of his foolish aims of violently breaking into a stranger’s home to rob him of his possessions and potentially his well-being.

Jackson’s charges are stacking up and his bond has been denied as police continue to investigate the incident. There is the potential he could be tried for his accomplice’s death. That’s a possibility in criminal cases.

However, he might turn on his one buddy who managed to flee the scene and either give information that helps identify him or help locate him for a mere chance at reduced charges.

Let’s see how that plays out.

There is good reason to believe that the incarceration system isn’t adequately rehabilitating criminals. This means your average gun owner or concealed carrier has to look forward to being caught somewhere between some thug’s first offense or his next repeat one.

Ask yourself if it matters.

That’s why we advocate owning a gun and training on how to use it properly. Because when seconds decide who lives and who dies, the police can be there in minutes to recover the body. Everyone that sleeps under a roof hopes it’s not theirs. That’s why we keep that gun close. We have to react. Our family and our very lives depend upon it.

Be safe. Carry everywhere you can — especially at home.