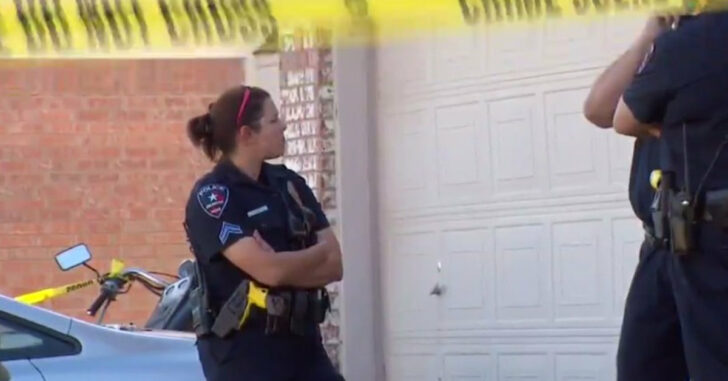 ARLINGTON, TEXAS — A former Marine and veteran of Operation Iraqi Freedom was fatally shot by his fiancé following alleged domestic abuse against her. The couple had three children together and the woman was briefly taken into custody by Arlington Police before being released. She will not be formally charged as the District Attorney believes she acted in self-defense.

According to ABC 8 WFAA News, police that responded to the scene at 3:30 a.m. said her injuries were consistent with the claim she had been abused. She used the gun to defend herself as she was in fear for her life. Her three children are staying with relatives and are expected to receive extensive counseling.

This is an absolute tragedy and one that is hard to identify or pinpoint. Many neighbors say they thought the couple had an idyllic relationship on the surface but police reports indicate law enforcement presence at the home prior to the incident.

Family members spoke to ABC 8 and painted a picture of a man who was trying to put his life back on track. They said he was happy and very much in love with his fiancé. They admit he did show signs of Post Traumatic Stress Disorder but allege that it didn’t fit the bill of what he was accused of doing.

Arlington Police refute that claim by showing there was a record of police involvement at the household prior to the event and officers who responded to the event itself testify to the fact that the fiance showed considerable evidence that physical abuse had taken place prior to her using a handgun for self-defense.

It may be easier to prepare for an external threat — an outsider — breaking into the home. It’s more abstract. A person you don’t recognize in a place you consider your sanctuary… But to be forced to fight someone you love, someone you recognize, in the intimate setting of a home you built together — that’s something almost no one can easily prepare themselves for. But make no mistake, the defense of one’s own life and that of their children and home is inalienable.