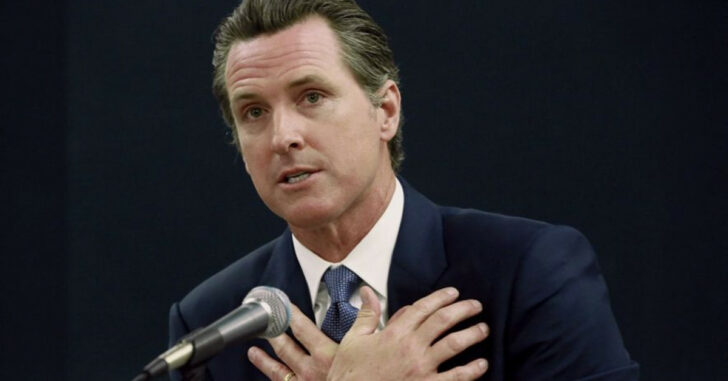 SACRAMENTO, CALIFORNIA — As a Presidential election looms in November, Californians are gearing up to face 18 proposals which will alter the very fabric of the state. Amongst these 18 proposals is Prop 63, proposed by Lieutenant Governor Gavin Newsom who wants to run for Governor of California in 2018.

According to the Washington Times, here’s how Newsom frames his proposition.

“Enough massacres, death, tears, and hate – it’s time to take action and save lives,” Mr. Newsom said in the Sacramento Bee. “The Safety for All initiative gives California voters the opportunity to keep guns and ammo out of the hands of violent, dangerous, hateful people.”

That statement means nothing. However, Newsom has some creative ways he thinks Prop 63 will make it harder for criminals to have access to firearms and ammunition. Before we go into those, here’s some definitions for us to remember:

If you’re in possession of these “large capacity” magazines, Newsom wants you to destroy them, return them to dealers, or move them out of state. If you’re caught with them, expect them to be confiscated. There may even be criminal charges associated with possession of these types of magazines.

This measure adds to the 17 other proposals on the ballot this November for Californians.

Here’s the rub: Democrats oppose this proposition while still trying to pass legislation that accomplishes the exact same thing.

Democrats don’t want gun-owners showing up to the polls. They see it as stirring the pot that will inevitably lead to more votes for the Republican Presidential nominee and put them all in political “hot water”.

Even the California Sheriffs Association has opposed this measure stating that it will create a “new class of criminals”. We’ve seen in Los Angeles, where they enacted a magazine ban last year, that people don’t just hand in their magazines. To date, none have been turned in.

A lot of law-abiding gun owners in California presumably own magazines which Newsom would define as “large capacity”. How many do you expect to turn them in if Prop 63 passes?

If anything, this proposal would do more to push law-abiding gun owners out of the state. For those who can’t afford to pack up and move, they would then be classified as criminals if the police caught them with even one magazine that met Newsom’s definition.

Defending your home and you shoot a home intruder?

“Well, sir, let’s see your gun… Oh, I see this gun holds more than 10 rounds. Come with us to the station.”

California has the choice to block this type of infringement on basic liberties at the ballot box. It is our sincere hope for concealed carriers and gun owners in that state that they are able to do so.

Otherwise, enjoy waiting 45 minutes for a background check to clear before purchasing ammunition to go practice at the range.

Previous article: #DIGTHERIG - Gary and his Ruger SR9E in an Alien Gear Holster Next article: Man Recklessly Shoots Inside His Own Home -- Charged With Deadly Conduct