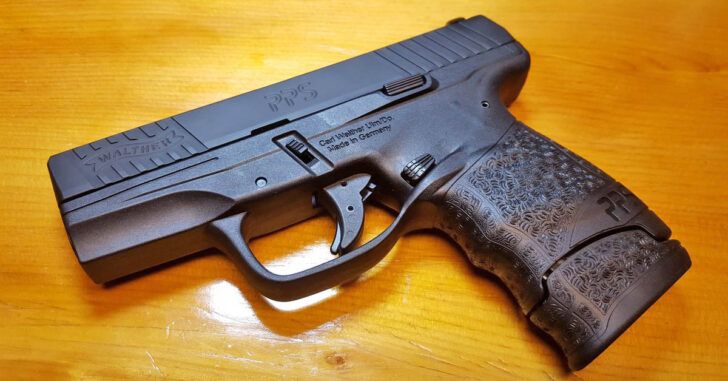 More Americans are well armed now than ever before despite the constant attack on our Second Amendment by the anti-gun propaganda machine. At the time of this writing there is roughly 12 million Americans with a concealed carry permit and obviously tens of millions more that keep a gun in the house for protection. When people become new firearms owners for defensive applications they often go through a predictable period of confusion regarding what weaponry and other equipment they should acquire. In this article I seek to suggest the three primary classes of defensive firearms that you should consider to be truly squared away and prepared for the bad things that roam this world.

If you are just entering the concealed carry fold or if you are just getting a gun to protect the house for the first time the weapon that I believe should be first priority, and many will second this, is a full-size or compact combat handgun. Typically this should be chambered in 9mm. The most recommended variety of handgun is going to be a polymer-framed striker-fired pistol as these have a simpler manual of arms than other alternatives and they are notoriously rugged, robust, and reliable. My top recommendations are typically the full-size or compact Smith and Wesson M&P, the Glock 9mm pistols, the Ruger SR9, or the Walther PPQ. There are other good ones as well. These listed guns are all of the same variety. You need to handle them and choose according to what you like. Certainly, you may prefer a different system as well, such as a double-single action auto like the Beretta or Sig Sauer, or a single action auto like the 1911, or perhaps you like revolvers. It is a very personal choice to make.

If you want to carry the gun then the compact version of these pistols, which function the same way but are typically smaller than the full size variants, may be the way to go. If you have no intention of carrying the gun and will only keep it for home defense then get the full-size version as it will always be at least slightly easier to shoot well and typically will have more ammunition capacity. Even for home defense I recommend a handgun first because the portability and maneuverability of the handgun offers a major advantage over the long gun despite the fact that shotguns and rifles are dramatically more powerful. The handgun is also faster to deploy from a secured quick-access safe than a long gun. A full-size or compact combat handgun is priority number one and if you only get one firearm, this is the one to have.

This second priority is relevant to the concealed carrier and serves limited purpose for the person who only wants to store a gun for home defense. In my experience almost all concealed carriers will have to deal with certain situations or environments in which concealing a full-size or compact combat handgun will not be possible. For such occasions a small and very concealable gun is warranted. I believe in carrying a formidable handgun at all times, but it may not always be possible to do so. Having a small handgun is much better than being unarmed. Generally my recommendation for a small carry gun is going to be one of the single-stack 9mm offerings which are much thinner than full size guns, or a snub nose revolver. I personally do not recommend the very small autos chambered in 380 ACP as I have found they are often plagued with reliability issues and are also chambered in a marginal caliber, but if you have one that is indeed reliable, a 380 ACP pocket gun is a lot more than no gun and these tiny weapons are truly concealable even in the most demanding dress restrictions.

My top recommendations for a small auto loader are the M&P Shield, Glock 43, or Walther PPS. All are reliable and good shooters for their size. There are other good ones as well, but these have a really good reputation. Do some research and handle them for yourself. If these guns prove too large for your deep concealment needs then the snub nose revolver may be in order. While on paper the revolver appears to be similar in size the revolver has a very different shape that lends itself to concealment even better than one of these small autos for many people. A revolver like the Ruger LCR or a Smith and Wesson Airweight is also substantially lighter than the previously mentioned autos. There is a downside to the small revolver, however: they are notoriously difficult to shoot well. With training they can be used to good effect, but for new shooters a small 9mm auto will typically be more shoot-able.

The reality for civilians is that the handgun is the go-to and most frequently used weapon for self-defense. However, to be truly prepared, equipping your household with a dedicated defensive long gun is a good idea. Historically the shotgun has filled this role and is still a fantastic weapon but it is difficult for a lesser-trained individual to operate and shoot well. I am of the opinion that the modern AR15 of the M4 variant or something similar is the best choice for most people. A good AR15 has a simpler manual of arms, has almost no recoil, and can accommodate people of all sizes and statures. If a shotgun is your choice and it needs to be available to others in the household who are of small stature then consider a 20 Gauge as it is easier to shoot than a 12 Gauge yet still offers plenty of power. The defensive long gun should be secured in a safe or lock of some sort and you should keep a support system of loaded magazines and other gear that you can quickly grab along with the gun. Your defensive long gun and support accessories should also be kept in a manner so that the gun can quickly be put in a vehicle if you needed to leave your residence in a hurry in the event of an emergency.

These three firearms probably cover the defensive needs of most and investing in them is wise. Be sure to securely store your guns and invest in proper training with your defensive weaponry so that it proves an asset to you rather than a liability. Should you ever need to protect all that you love and hold dear, these firearms should have you covered.