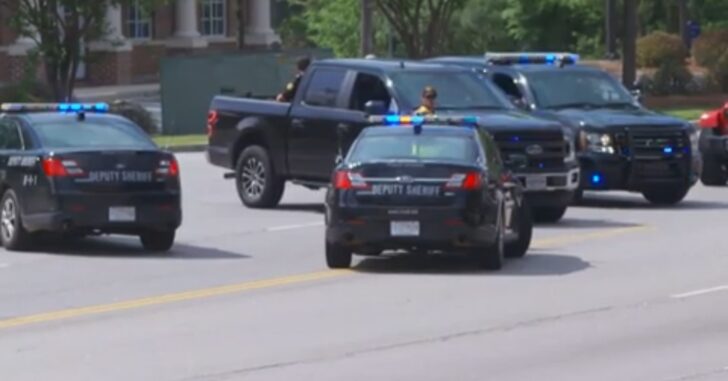 COLUMBIA, SOUTH CAROLINA — Police say 10 people were shot and two others injured during a shooting inside a mall.

Three people were detained, and at least one of them fired shots.

The oldest victim is 73 and the youngest 15. Police believe that the incident was not random, and may have started after a dispute, and the parties involved were known to each other.

“Today’s isolated, senseless act of violence is extremely upsetting and our thoughts are with everyone impacted,” Columbiana Centre said in a statement. “We are grateful for the quick response and continued support of our security team and our partners in law enforcement.”

Police are responding to a shooting incident at a mall in Columbia, South Carolina with injuries reported.https://t.co/7AMh2iRN9J

It is not yet known if multiple people fired shots, or how many if the injured may have been involved in any possible altercation..

As the details of this incident unfold, let’s be reminded yet again about why we promote the carrying of firearms as much as possible. Hundreds of terrified people were inside the mall, fearing the worst and hiding to save their lives. The major of those people were likely only able to hide and unable to adequately defend themselves if trouble came to find them.

Previous article: Armed Citizen Throws Keys To Distract Armed Robber, Then Shoots Him In The Neck Next article: Officer Quickly Fires On Woman Who Pulled Out Gun