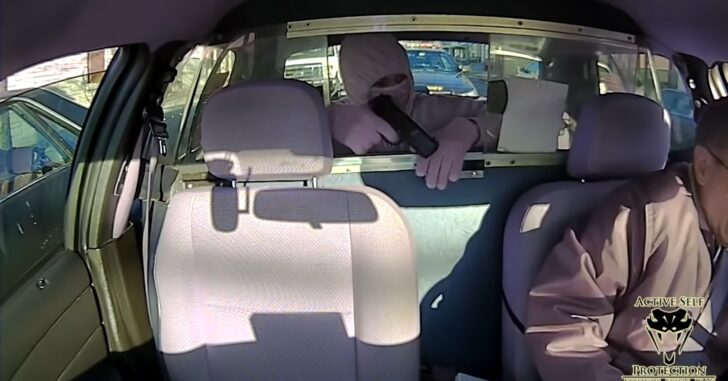 It’s rare to get as lucky as this cab driver did, and that’s an understatement.

A guy that he picked up, well actually a high schooler, decided he’d draw a gun (fake) and rob the cab driver. While you’re watching the video, you might notice a police car behind the cab, both of which are probably waiting for a light to turn green.

After some time, the officer senses that something may be a little off, since the cab hasn’t moved. He walks up to the cab and notices the guy in the back looking a little shady, and then sees the gun and orders him to the ground.

This teen, who was apparently new to a life of crime and involved with drugs, likely wasn’t going to seriously injure the cab driver because the gun was not real, but the cab driver would have never known that fact during the incident.

Real or fake, the display of a firearm in a threatening manner is absolutely grounds for lawful and lethal self-defense.

Now facing 5 to 10 years, hopefully this young man will see where he went off course and do good things with his life moving forward.