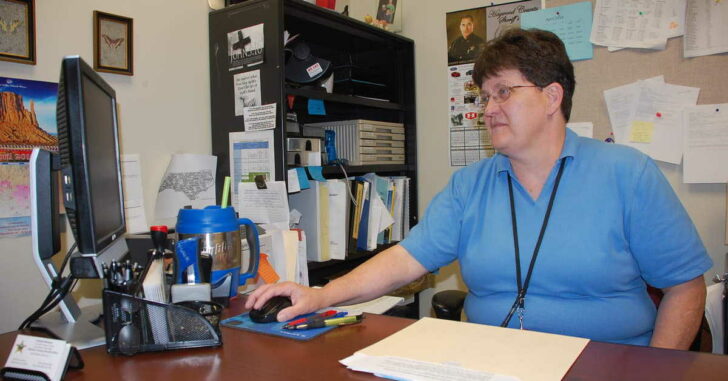 HAYWOOD COUNTY, NORTH CAROLINA — Donna Henson is the lone point of processing for concealed carry and pistol purchase permits in Haywood County, North Carolina. In her recollection, pistol purchase permits used to turn around in a matter of days and now she’s having to use all her state-mandated 14 days just to process a single one. Recent legislative changes in North Carolina have extended background checks and mental health checks to those applying for concealed carry and pistol permits. And as Henson notes for the Mountaineer, that added work is gumming up the works.

“It is so busy that my appointments are pushing to the end of June. The sheriff wants the community to know we are working on it. This backlog is happening state wide, too,” said Henson. “Some of the counties I’ve talked to are pushing Labor Day [until they can take new carry and conceal appointments]. You used to be able to get an appointment within two weeks.”

With the push for expanded background checks, Henson also notes that there’s been a strong surge in interest for concealed carry permits in Haywood County. And she’s not alone. She reports that counties across the state are getting backlogged severely by the changes in legislation and the sharp rise in demand.

In North Carolina, in order to purchase a pistol you must already have your concealed carry permit or apply for a pistol purchase permit from your local county sheriff’s office. This means that there is only one point of movement when it comes to the permitting. And with only one clerk working on all those applications, it’s quickly becoming a mess.

We’re all for ensuring that who’s getting a concealed carry permit ought to not have a background of violent crime and mental health disorders. At the same time, the process that is being required in this state is creating a rising barricade for everyday people to pursue their constitutional right — and that’s not good.

For those in North Carolina, Haywood and elsewhere, there is a strong call to urge patience with the process. In these instances, getting angry at the local sheriff and his clerks probably won’t do anything to expedite the process. This comes with legislative reform — something extremely hard to do in a state like North Carolina which has become increasingly prohibitive to people pursuing their Second Amendment.

Legislative change is the manner in which we change things in this representative republic. And it begins with you. If you’re a North Carolina resident and you’re currently experiencing delays in receiving your concealed carry permit, perhaps it’s time to work together and contact your elected representative and senator.

Political pressure is the first tool we have to change things. And it begins with putting pressure on those who are in power to let them know that your constitutional privileges ought not be infringed by unnecessary and undue delays in paperwork.

Previous article: Use of Force: The Necessary Will for Armed Self-Defense Next article: Armed Citizen Ends Manhunt After The Man Running From Police Winds Up On The Wrong Property