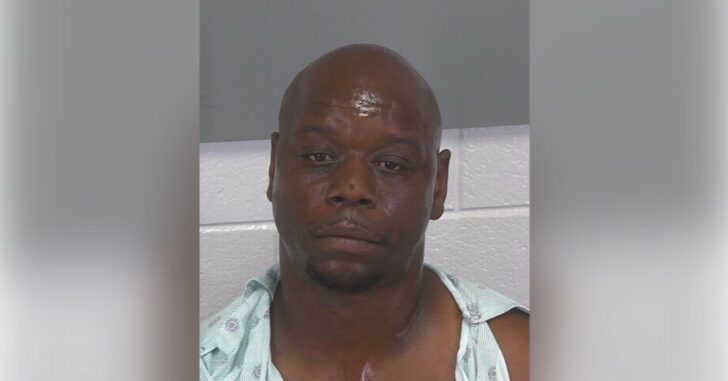 SPARTANBURG, SOUTH CAROLINA — A man is sitting (uncomfortably) in jail with a gunshot wound to his rear end after being shot by a woman whose home he had just broken into.

As you can see, it didn’t end well for him.

Samuel Jeter, 42, is facing first-degree burglary charges and is being held at the Spartanburg County Detention Center. He was found unresponsive by law Spartanburg Police officers who followed a trail of blood to the backyard of Katrina Walker, according to multiple reports.

Police responded to the call of a shooting at 12:35 a.m., on Thursday, where they found a woman crying on the front porch and another holding a 9 mm firearm, according to Fox Carolina.

Walker told the Spartanburg Herald-Journal that it was just after midnight when her 24-year-old daughter spotted a man in the bathroom holding a finger to his mouth, signaling her to be quiet. The 24-year-old instead started to scream, and when Walker came running to find out what was happening, the burglar tackled Walker.

The burglar wanted money, but that’s not what he got. The 24-year-old grabbed her gun and started firing. He was shot and found unresponsive by police in a neighbor’s yard.

While the young woman did fire as the suspect was fleeing, it doesn’t seem that she will be facing any charges. While it’s not recommended to shoot at a fleeing suspect, this incident has taken one criminal off the streets. For now.

This story highlights something that we stress so often on our site; carry at home, because you never know when you’ll need it. In this case, the suspect was waiting in the bathroom. Sometimes, it’s just simply too late. Having your firearm on your person is a great way to gain some sort of advantage over the bad guy.