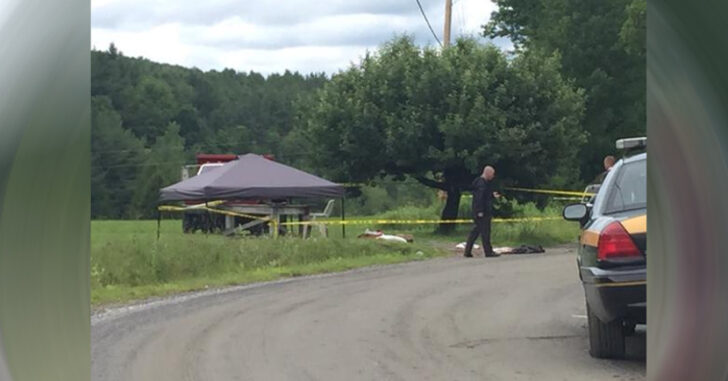 WESTFORD, VERMONT — In a developing news story covered initially by Burlington Free Press, a woman is denying her involvement in the shooting of a firearms instructor outside his business in Westford, Vermont.  Authorities were initially made aware of the scene when, on Monday, they arrived to find the instructor in his vehicle with a gunshot wound to his chest.  Upon investigation, the judge and police discovered it was three shots – not one.  Two were in his face and one in the chest.  Amazingly enough, he is still alive but in critical condition at the University of Vermont Medical Center in Burlington.

Veronica Lewis, 31, of Worchester, was apprehended in connection to the crime.  According to Fox News, she denies any involvement in the shooting even though authorities allege her explicit involvement.

Police arrested her on suspicion of attempted first-degree murder, and they held her without bail pending her arraignment.

Lewis is accused of shooting firearms-safety instructor Darryl Montague, 48, of Westford, police said. Police discovered that Lewis was at the Montague residence Monday for a firearms lesson.

While she is currently being held without bond, the Vermont State Police are still looking out for additional witnesses or people who may have been by the area.  Montague was shot at his legal place of business – a firearms-safety and instruction range and the alleged killer, Lewis, apparently walked away from the scene of the crime on foot.

Vermont is a permitless concealed carry state.  That means anyone who can legally own a pistol or revolver may, at his or her discretion, conceal it.  This isn’t really a point being alleged as a potential rationale for the alleged shooter’s behavior – more so just a point of reference.

Would it have changed an iota?  She is alleged to have shot her instructor three times.  That’s a cold, calculated assassination attempt.

Instructors are always putting themselves at risk for their students.  Whether it’s helping a beginner learn how to properly hold a pistol or walking out in front of a class to explain principles of marksmanship, very often the instructor trusts that a student will not intentionally make a fatal mistake.

And that sort of mindset is almost required if you are dealing with students.  Unfortunately, it can have disastrous consequences.

This one seems pretty simple but it needs to be restated.  Whether you’re a student or an instructor, you should never been inside “the cone” – or field of fire.  That’s one of the reasons why, at outdoor ranges, they have to sound an alarm before anyone goes out to change a target.  But even when, say, going out to change a target on the firing line – never allow anyone to remain on their rifle or firearm.  Those weapons should be placed on the table, barrels in a safe direction.

It doesn’t have to get to paranoia levels but if you know there are people who are armed and within range, you need to know who they are, what they’re doing, and if they pose a threat.  That requires, at a minimum, observation.

And while there are armed people moving about you, make sure you stay on top of knowing where your nearest berm, concrete barrier, dumpster, or other form of cover is located.  Concealment may be out of the question but cover almost never is.  Be prepared to get to cover and get those you care about to it as well.

Any instructors out there in the audience?  What are some rules you’ve developed with dealing with your students?

Previous article: Former CNN Anchor, Armed With Handgun, Stops Armed Motel Intruder... From The Shower! Pro Moves Here... Next article: [VIDEO] Why On Earth Would You Want A $7 Homemade Shotgun?