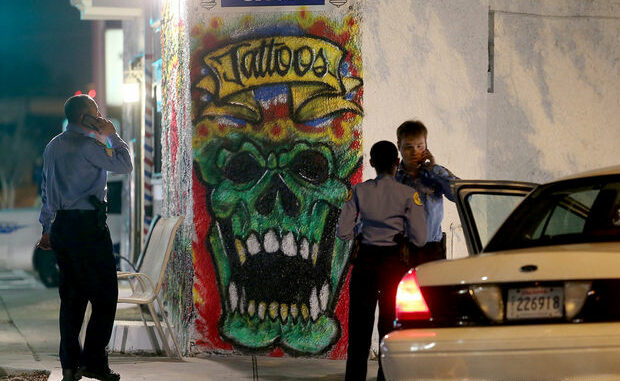 After realizing that Sims wanted more and wasn’t leaving, the intended victim then pulled out his concealed carry firearm and shot Sims in the chest. After being shot, Sims then went to the nearby home of a 60-year-old man named Clayton who he apparently knew and told him that he had been a victim of a robbery.

Police and paramedics arrived shortly after, and it was quickly determined that Sims was actually responsible for the armed robbery and that he was shot by his intended victim.

“I don’t know what’s wrong with this generation,” said the man who would only give his first name, Clayton. “They don’t give a f— about life.”

Sims was taken to the hospital, and his condition is not known. The intended victim is cooperating with police, and we do not anticipate any charges being filed against him, as this seems like a clear-cut self-defense situation.

Previous article: Woman Outside Of White House With Holstered Gun Was Protesting Immigration Decision Next article: [VIDEO] Hickok45 Does Some Pot Smoking On The Compound