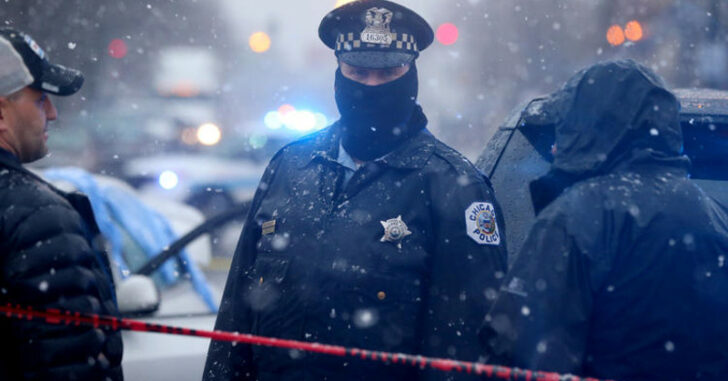 CHICAGO, ILLINOIS — It’s barely a few weeks into the New Year and Chicago is already tallying a body count that would make more sense in Yemen than it would in the United States.  The numbers are just that — numbers — but the reality is something the law abiding citizens of Chicago have been dealing with for some time.  It’s not just gangbanger versus gangbanger, either.  It’s a lot of innocent people caught in the cross-hairs.  As the Chicago Tribune sees it, it’s an issue of access to guns.  As any sane person would see it, it’s more of an issue of who has access to those guns.

“Every year Chicago Police recover more illegal guns than officers in any other city, and as more and more illegal guns continue to find their way into our neighborhoods it is clear we need stronger state and federal gun laws,” Chicago police spokesman Anthony Guglielmi said in the statement. “So far this year, the majority of the gun violence we’ve seen are a result of chronic gang conflicts driven in part by social media commentary and petty disputes among rival factions. Despite an overall lack of cooperation from gang members, detectives are working aggressively and making optimistic progress in several cases.”

Guglielmi portrays the violence being due mostly to chronic gang violence attributable to social media interactions. No doubt, the body count is stacking in Chicago.  Lost in the metrics are the store clerks who are legally fighting back against armed hoods trying to sack their stores.  Two of the latest deaths attributable to guns included a 17-year-old man and his accomplice who, without provocation, jumped over the counter and began assaulting a store clerk.  A relative of the clerk, living upstairs, came down and responded with deadly force — shooting and killing both suspects.

“Greed and being thirsty, that’s what gets you killed,” [one witness] said. “You just can’t go taking people’s stuff.”

That’s a hard pill to swallow for those that just want to bury their heads in the sand and pretend like the world around them isn’t getting rougher and more violent by the day.

The commonly accepted violence stats, in this country, taper off at 2013.  Why?  Because it takes years of tabulating all the data to have a final, concise picture.  Intermediate graphs and statistics warn of sharp, sporadic increases of violent crime in places like Milwaukee and Chicago.  Chicago has a large population of disenfranchised people — and especially youth — who don’t view the world through the same lens as most of us.  As such, the concept of robbing a store with a stolen gun doesn’t carry the same negative connotation it does with most everyone else.  We have to be cognizant of it and realize that the only thing a lot of these criminal-types respect is power.  A gun isn’t power — it’s a tool which can be used to assert it.  And we, as concealed carrier, responsibly use that tool to protect ourselves, our family, and our property from undue invasion, harm, and seizure.

So, as you will likely hear in the coming months and years all this grandiose talk of “stem the flow of guns” — what they’re really trying to say is that law-abiding citizens who have the legal ability to protect themselves should be penalized compared to a criminal element who has no trouble obtaining handguns and firearms outside the legal market.

In Chicago and everywhere else we can, carry everyday and prepare for the worst.

Previous article: #DIGTHERIG - Ryder and his S&W 1911TA Next article: Another Sheriff Steps Forward To Support Citizens' Right To Carry