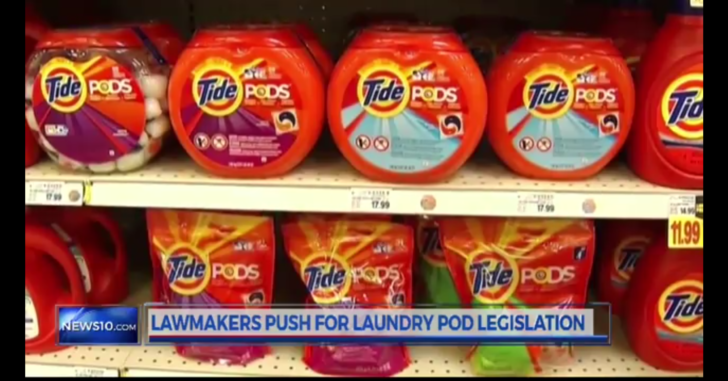 ALBANY, NEW YORK — The Empire State is at it again with the hopes of regulating something that should have no need to be regulated, simply because a few people lack normal mental capacity.

When NY passed the SAFE Act a few years ago, which limited firearm magazine capacity to 7, among other things, many pushed back against the absurd laws that would do nothing but penalize the lawful citizen.

Now, completely not gun related but still showing how NY loves to control everything, some lawmakers want to regulate Tide Pods. Why? If you haven’t yet heard, some teens are partaking in the latest internet challenge.

So, let’s make them brown and less appealing.

“They might as well say bite me on them because that is what they offer,” Senator Brad Holyman (D-Manhattan) said.

Once again, regulating stoopid isn’t something that can be done.

In response to the growing number of those consuming detergent pods, the legislators are introducing bills that would require detergent pods to be all one color, non-see through packaging and warning lables on each pod.

Some worry about their children getting a hold of them, but just like anything else dangerous to children, you keep it out of reach.

As for the people who are intentionally eating them for some YouTube views and 15 minutes of ‘fame’, they’ll simply come up with a new stupid idea if regulation of Tide Pods is passed.

Like, for example, ‘The NY Tide Pod Sh*t Colored Challenge’ could be a thing.

If that happens, the best course of action for NY to take would be to ban Tide Pods and have owners sell them out of state or destroy them. Just like they did with ‘high capacity magazines’.

Spoiler alert: it hasn’t made a difference.