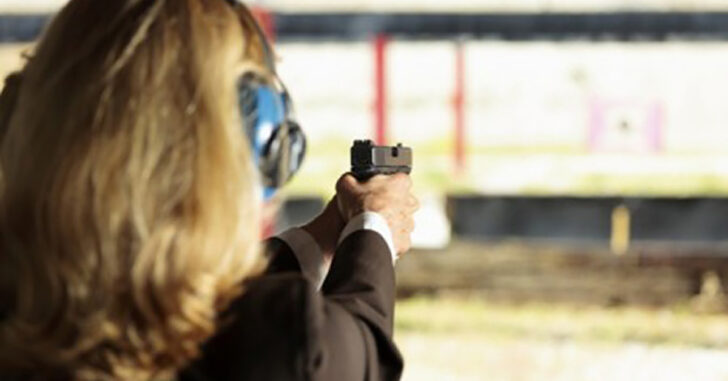 MANCHESTER, NEW HAMPSHIRE — A 65-year-old woman half her attacker’s size is crediting her firearm for saving her the other night during a frightening ordeal that occurred just feet away from her apartment.

The woman, who is 4-foot-11 and 105 pounds, said she had stopped at Mobil on the Run, 1050 S. Willow St., at about 11:30 p.m., after leaving work. She told police she was on South Willow Street at a stoplight when she noticed a dark colored sedan behind her. She said it caused her heightened concern when it followed her into her apartment complex parking lot, so she parked as close to her building as possible.

She said the following vehicle parked close to hers and as she got out of her vehicle and headed for the building, she heard a car door close and a person walking quickly behind her.

She turned to see a white male coming up behind her, running past her and then situating himself directly in her path. The woman said that he then reached out to grab her, and that’s when she pulled her firearm from her pocket and fired a shot, striking the man in the chest.

Police say the woman has her concealed carry permit.

The man, Robert Bontaites, 23, was taken to the hospital by an accomplice who was waiting in the vehicle. When his description was heard over the radio, an officer at the hospital recognized Bontaites and arrested him.

This is yet another fine example of an armed citizen taking control over their personal safety. Had this woman not been carrying her firearm, who knows what would have happened to her in the end.

Here’s to the armed citizen.