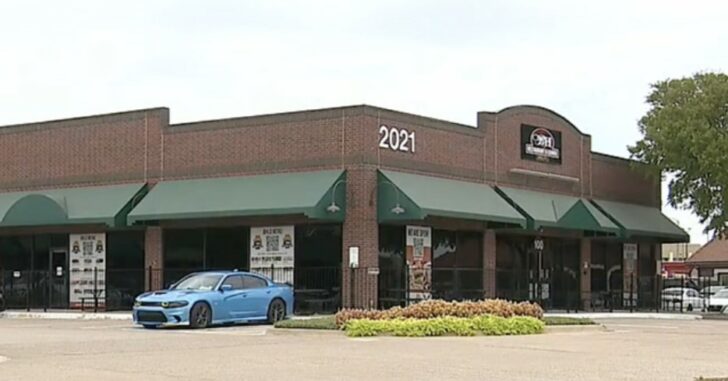 DESOTO, TEXAS – A security guard is dead after he was shot and killed by a patron of a club in DeSoto, Texas, a suburb of Dallas. The incident occurred Friday night after an argument ensued between the guard and the customer.

The incident occurred at approximately 10 pm at the Brickhouse Lounge. The suspect, 48-year-old Toussel Kuhn shot the security guard several times in the altercation. Kuhn was wounded by another customer and then fled. Kuhn crashed his vehicle in Glenn Heights, another Dallas suburb just south of Desoto. He was arrested just after the crash occurred.

The security guard was identified as 47-year-old Derek Phillips. Phillips died after being transported to the hospital. The altercation took place over Kuhn attempting to smoke cigarettes inside the location, according to a source from Brickhouse Lounge.

In a Facebook statement regarding the shooting, DeSoto City Councilwoman Crystal Chism referenced another recent shooting in nearby Lancaster at a youth football game. That incident involved Yaqub Salik Tahid, the brother of former NFL star Aqib Talid. Chism said she was “saddened” by the incident, stating “no one should fear for their life at youth football event nor a lounge where you should be able to let your hair down and chill.”

The Brickhouse Lounge declined further comment; its website stated that they would be
closed on Saturday and Sunday. The suspect, Kuhn, remained in the hospital as of Sunday for
treatment of injuries.

Previous article: Super Quick Action Against A Man With A Knife Proves To Save The Day Next article: Gas Station Security Guard Fires Shots At Fleeing Car Thief