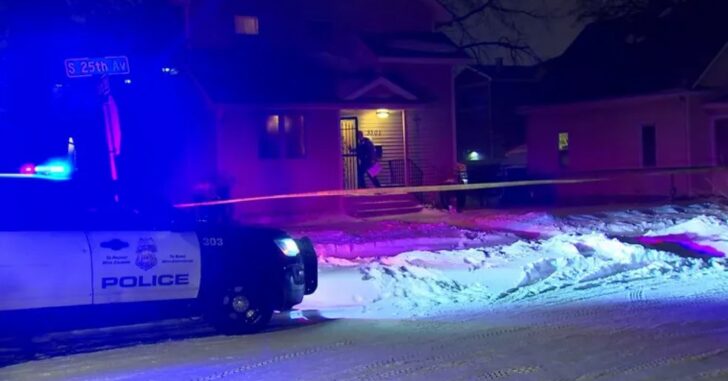 MINNEAPOLIS, MINNESOTA – A homeowner and her son will not be charged for shooting a man who attempted to break into their home on the 3300 block of S. 25th Avenue on Feb. 22. The Hennepin County Attorney’s Office says the two will not be charged as they did not have a duty to retreat because they were in their own home.

According to the Minneapolis Police Department’s investigation, the 53-year-old homeowner and her 26-year-old son acted in self-defense after Martin L. Johnson attempted to break into their home and then refused to leave the backyard.

Footage from a surveillance camera at the home showed Johnson jumped a 6-foot privacy fence around the backyard and tried to enter the home through a patio door. After failing to enter the home, he entered the detached garage through a service door. The woman saw Johnson on the camera trying to enter her home and thought he left. She armed herself with a gun she legally owns and told her son to retrieve a rifle from the basement in case Johnson was able to get it through an egress window. She saw the service door to the garage was slightly open and realized Johnson was still there. She fired 2 warning shots, and both she and her son yelled at Johnson to leave. Johnson left the garage but continued to approach the homeowner. That’s when she shot him twice in the chest.

The son called 911, and he and his mother provided voluntary interviews to police and gave them access to their surveillance cameras. Johnson did not survive his wounds. Police and the medical examiner’s office could not determine which of the guns fired the bullet that killed Johnson. Both the homeowner and her adult son were shaken but cooperated with police.

“The homeowner and her son were reasonable in thinking that a potential burglar, undeterred by warning shots and advancing toward them, could pose a significant danger,” according to police. “While this case is tragic, there is not sufficient proof that the homeowner and/or her son are guilty of a crime.”

Previous article: Teens Attack Man Pumping Gas, Take Off With His Vehicle Next article: Mom Jumps Out Of Shower And Shoots Intruder Dead After Hearing Her Children Screaming