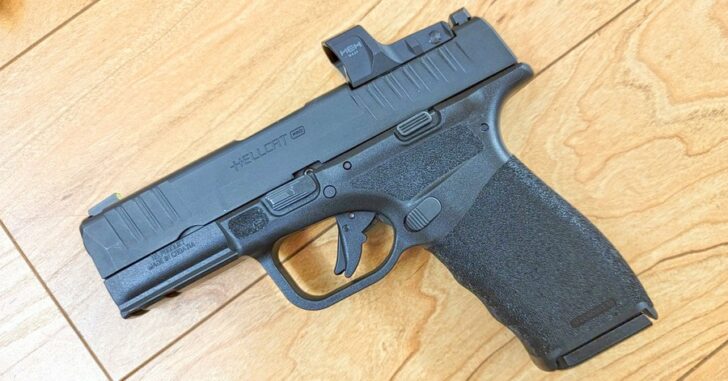 It’s easy to think that there’s only a need to carry a firearm in places you don’t know and places that make you feel uncomfortable.

It’s an understandable state of mind.

Operating this way is completely unacceptable if you want to be a responsibly-armed citizen.

We get it. Putting on a gun is just one more thing you have to do before you get out of the house, and it changes what you wear.

It can also be uncomfortable if you don’t have your holster situation taken care of.

Far more importantly, it’s tiring to be a concealed carrier. There is a level of felt vigilance intrinsic to responsible concealed carry that turns on the second you leave the house and doesn’t subside until you’re back across your own hearth.

With all that in mind, how many times have you had this thought process in the shower:

“Let’s see, I’ll need to go to the grocery store down the road and stop over a a friend’s house. That’s about it outside of the house. I won’t bother taking my firearm.”

That just isn’t how that works. Have you ever thought “I don’t need my smoke detector today, my house just doesn’t feel fire-y today?”

Of course not. That’s not how life works and it’s not what that tool was intended for.

Sure it does. It just happens less frequently.

It’s not an indictment of the places you often go to. It’s math.

Where are you more likely to encounter crime: a sketchy place you visit twice in your life or the familiar, well-liked grocery store you visit 100 times a year?

It’s pretty straightforward when you take the time to think on it. The problem is that so few of us take that time.

This website’s founder, Brandon Curtis, once said that “the chances of you being a victim of a violent crime in your lifetime is 1 in 2.”

That’s a coin flip, and that doesn’t discriminate by location.

The simple fact is this: it can only take one violent crime to end your life. If that event happens to land on the one day you aren’t carrying your firearm, well, do we really need to say anything else?

The only times you shouldn’t be carrying a firearm outside of your home are when it’s legally required that you not do so.

Crime doesn’t take a break, and you owe it to yourself to pursue responsible safety.

Train. Carry every day. Become a better concealed carrier and person every chance you get.