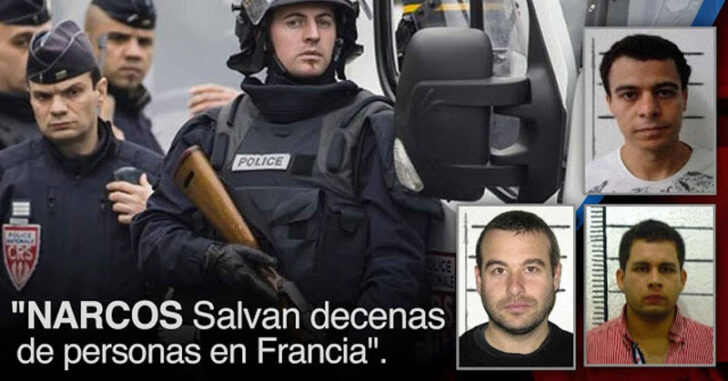 The common refrain from gun loving people here in the United States following the terrorist attacks in Paris is that more good guys with guns on the scene would have saved lives. After all, if we can save just one life with concealed carry it will be worth it, right? There are some news reports circulating from foreign media sites which indicate that a couple people in that Paris restaurant were indeed armed and did in fact return fire, killing the terrorists and saving lives. There’s just one problem: they were reportedly drug traffickers.

The website hechoinformativo.com (translated via Google) reports a second hand story about the incident from Europe 1:

According to French media in a typical restaurant in the town, which at the time was crowded shortly after 3130 hours two armed assailants they entered and began firing.

But according to journalist Armand Stroke of the Europe Radio 1 radio station, who was in this restaurant, when the attack rose 3 people at a table, drew their weapons and brutally killed the two attackers.

Immediately several elements of the French police could arrest these heroes who managed a possible slaughter by killing two members of the terrorist group ISIS.

French police reported these two unsung heroes are from Columbia and were identified as cartel operators in northern Columbia.

TTAG was unable to independently verify the authenticity of the story, but there are a bunch of news sources in foreign languages running the exact same story.

Previous article: #DIGTHERIG - Andrew and his Ruger LC9s Pro Next article: Utility Worker Defends Himself And His Buddies From Armed Robber...