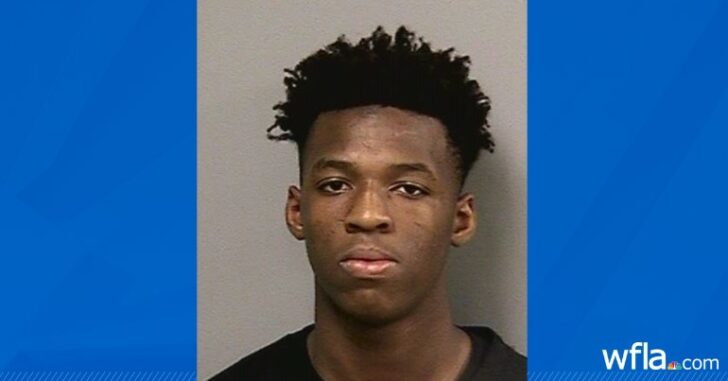 BRADENTON, FLORIDA — A woman and a man were shot while sitting in their car at a hotel in Bradenton. The shooting occurred on September 11 around 1:50 a.m.

Police say that a 22-year-old man and a 20-year-old woman were in their car in the parking lot at the Sunrise Inn when they were approached by a man with a handgun.

According to police, a brief conversation took place. Shortly after, the suspect fired a single shot through the open driver’s window. The bullet passed through the man’s neck and into the woman’s chest.

The man drove them both to Manatee Memorial Hospital. The woman died from her injuries at the hospital at approximately 4:45 a.m. According to police, the man is still hospitalized, but is expected to survive.

Detectives said the male victim identified the shooting suspect as Kenneth Polk II, 19. The couple reportedly knew Polk and had driven from St. Petersburg to meet with him. Police say a motive for the shooting is still unknown and the investigation is onging.

Polk, 19, was located and arrested. He is charged with one count of Second Degree Murder and one count of Attempted Murder. The investigation continues.

Previous article: Study Of 178 Mass Shootings Released By Texas-Based University Next article: New York Homeowners Fight Back Against Home Invaders With Their Own Guns