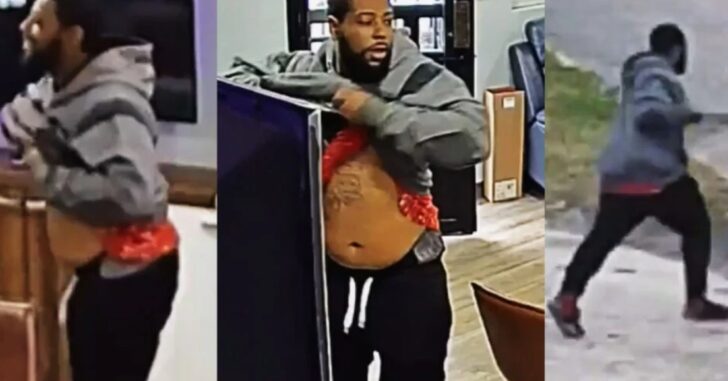 HOUSTON, TEXAS — Two men are being sought by police after they went to a car dealership and caused some trouble.

The unidentified duo pulled up to the dealership and one of them got out and walked up to an employee. He asked the employee if he could test drive a car, and the employee walked to his office with the suspect following.

Once inside the office, the suspect pulled up his shirt to reveal a firearm, at which point the employee produced his own gun. The suspect is seen smiling on camera and then walking away, and is then seen on another camera running from the property.

This suspect knew he had met his match, and wasn’t willing to throw lead with the armed citizen.

This is Texas, after all.

Carrying at work is something that many people do, but others are hesitant to do so because of employer rules and restrictions on carrying while on the job.

I’d look for a new job if they had a no carry policy, or simply lay low and jeep my mouth shut while having my firearm with me every day.