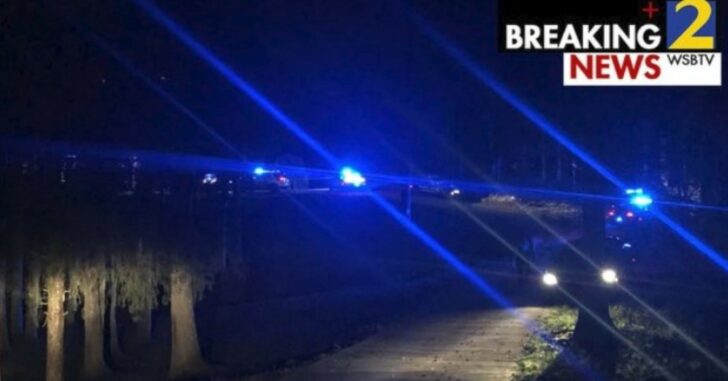 FULTON COUNTY, GA — A man was shot and killed after attempting to break into his estranged father’s house last month, the Atlanta Journal-Constitution reports.

The man had stolen from his 81-year-old father before and was attempting to do so again by smashing a window out of the home.

It was the last thing he would do.

As the Atlanta Journal-Constitution reports:

The estranged son, identified as Troy Fountain, 56, tried “to make forced entry into the father’s home and was shot one time,” Chattahoochee Hills police Chief Stoney Mathis said. “The son is deceased and the case is under investigation at this time.”

Mathis said Fountain threw a rock through the glass in the front door. Police told Channel 2 Action News that the father shot through the door and hit the son in the head. Officials have not filed charges against the father, identified as Lance Fountain.

“He had filed a report of his son stealing some things and also previous drug history,” Mathis told Channel 2. “We’re trying to determine if it was self-defense and if indeed everything took place the way they say it took place.”

Authorities learned of the deadly shooting in the 3900 block of Cascade Palmetto Highway just after 3 a.m.

Family disputes are the cause of far too many self-defense shootings — and they are always tragic. However, it’s imperative to defend oneself and other members of one’s family before considering the needs of an aggressor.

Also — and it pains me that this needs to be said over and over — mind your elders. Not only is it the right thing to do, but they’ll hand your a** to you on a silver platter if you force the issue.