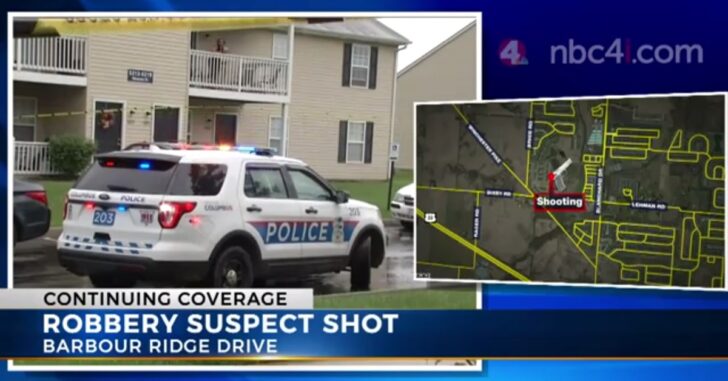 COLUMBUS, OH — One would-be robber got a brutal dose of reality earlier this month when the suspect decided to take on precisely the wrong guy.

Instead of some quick and easy cash and valuables to sell, the thug got a gunshot wound, and a trip over to the hospital.

Let’s take a look at what local news station WCMH had to say:

Columbus police are investigating a shooting that sent a robbery suspect to the hospital.

According to the Columbus Division of Police, at about 7:22am, Thursday, officers were called to the 6000 block of Barbour Ridge Drive on the report of a shooting. Police say during a robbery attempt, the victim shot the suspect.

The suspect was taken to Grant Medical Center in an unknown condition.

It’s funny, we still call the individual attacked by a robber, assailant, etc. a “victim” even after they have shown their true colors as someone who won’t tolerate such behavior.

There isn’t really another appropriate term for them, aside from “responsibly-armed and courageous citizens,” but the fact is that once they take a stand for themselves, they really aren’t a victim anymore.

You could almost call these people “heroes” because despite the fact that this is really how everyone should behave when their life and liberty are threatened, it is so rarely the case that criminals are often under the impression that they have a pretty free run of the streets.

But if folks start calling people who stand up for themselves and others when they need it “heroes,” you’re not going to get any complaints from me.

Another blow for the good guys! Please share this amazing story on Facebook and Twitter and let us know what you think about this story and what it means to be a responsibly-armed citizen!

Previous article: Woman Attacked While Getting Out Of Car, Shoots Suspect After Her Gun Falls Out Of Her Bag Next article: Why Are Truck Guns A Thing?