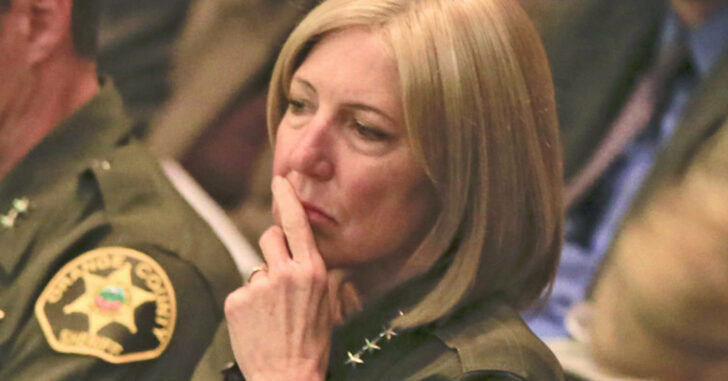 SACRAMENTO, CALIFORNIA — Sacramento Police Department recently released statistics showing 2015 is shaping up to be a very violent year for Californians.  Even as the statistics make their rounds, it’s looking like aggravated assaults are up 23% from the previous year.  Keep in mind, this is tabulated from just the first five months of 2015 compared to the same period in 2014.  Unfortunately, it’s not just aggravated assault that’s on the rise.  Reported cases of rape, homicide, and robbery are all up by similar percentages as well.

via The Sacramento Bee

“Don’t draw any great conclusions from five months,” he said. “You may be chasing ghosts. Crime rates are indicative over the long run.”

So, we have the academics saying not to worry and former law enforcement blaming the up-tick on Prop 47 – which reduced the sentencing for a lot of crimes from felonies to misdemeanors.  Well?  What DO the statistics look like?

County robberies are up to 338 from the previous pace of 276, and the number of reported assaults rose to 718, from 634.  The County of Sacramento has reported slightly decreased incidences of homicide and other heinously violent crimes… So they’ve got that going for them.

Fun fact: Sacramento is actually one of the more progressive counties in California that will actually issue concealed carry permits – unlike San Francisco.

Californians Caught In A Crime Lurch

While academics and former law enforcement struggle to play down the significance of this rise in crime, a case is being heard in the 9th Circuit Court of Appeals to determine whether California residents truly do have a right to carry concealed firearms outside the home.

In San Diego, opening briefs from anti and pro-gun advocates have ended and the case is under way to determine whether California’s stipulation of “good character” and “good cause” holds any weight.

Edward Peruta is one of the principal people appealing this decision after he was denied a concealed carry firearm license because he did not demonstrate this amorphous “good cause” sufficiently to his local police chief.

At present, Californians are generally discouraged from applying for concealed carry permits with local authorities determining their own criteria for what is considered “good cause” and “good character”.  This has left many Californians literally at the mercy of criminals as there are few who are able to obtain a concealed carry handgun.  And of those who do, there are quite a number of restrictions on magazine capacity, ammunition, and types of weapons used for self-defense.

A large portion of this case kicked off when over 16,000 Californians had their CCW applications kept in permanent queue pending the usual flurry of denials issued forth from police departments in San Francisco and other Californian cities that staunchly oppose a citizen’s right to keep and bear arms outside the home.

As many legal experts are estimating, no matter the outcome of this case – California’s right to conceal carry is very much in jeopardy.  And as for those 16,000 applicants, many are expected to have their applications denied due to being held in this case.  That’s right – 16,000 Californians are expected to have a permanent record of being denied a concealed carry permit based solely off the fact their applications were held in limbo for so long.

Meanwhile – and most likely just a very odd coincidence – criminals in California appear to be doing quite well for themselves.  As the summer heats up, what are the chances crime tapers off?

Do you think California’s crime rate is going to continue to boom as more law abiding citizens are denied their concealed carry applications?  Tell us your thoughts in the comments section below.