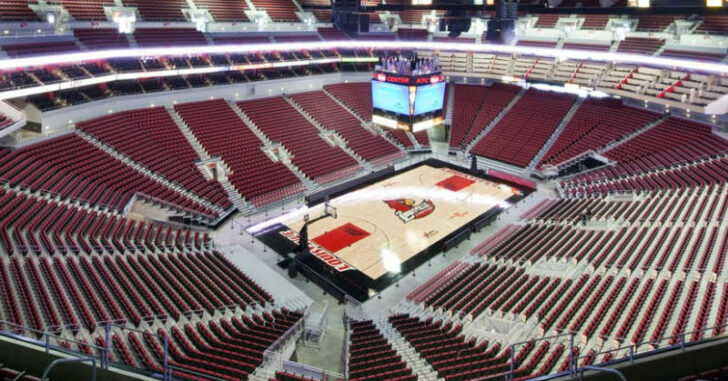 LOUISVILLE, KENTUCKY — For the longest time, concealed carriers had to be cautious about carrying in public sports arenas.  Many of them have clearly posted signs illustrating a fictitious weapons policy.  The KFC Yum! Arena in Louisiville was no exception.  That’s about to change, according to a spokeswoman from the KFC Yum! Arena.

“We anticipate that the main events where firearms would be present would be firearms shows or conventions that would come to the building,” said Deanna Southerling, a spokeswoman for the KFC Yum! Center. “So we want to leave that choice up to them, but at the same time, we don’t estimate that it will be the norm that firearms will always be allowed in the building.”

That’s still junk, though, because according to Kentucky Concealed Carry, banning firearms in a public arena is illegal.  WDRB notes that concealed carry organizations in Kentucky are poised to contest the KFC Yum! Arena’s decision.

The law is the law, right?  If you’re going to make a law, you might as well enforce it.

So does this mean that KFC Yum! Arena officials can be charged for committing a crime or can concealed carriers keep their firearms on them without fear of legal reprisals?

You be the judge.