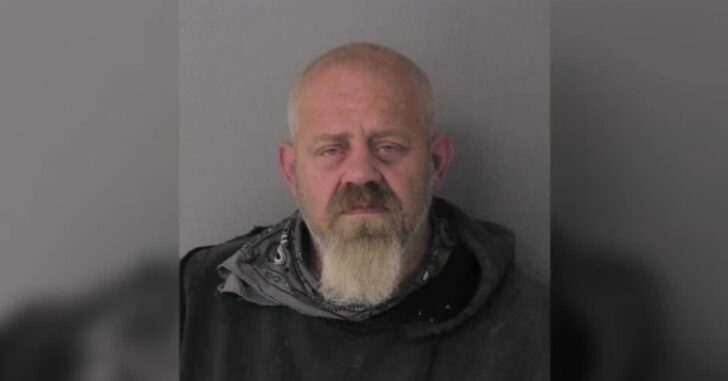 KANAWHA COUNTY, WEST VIRGINIA – A homeowner who received notification of suspicious activity at his home while away responded and caught a burglar in the act, holding him at gunpoint until officers arrived. The incident occurred during the day Monday.

While at work, the homeowner was notified of movement at his home by his surveillance cameras and then observed a suspicious man in a hooded shirt. He left work and drove to his home, located on Newhouse Drive near Charleston, West Virginia. Once there, he found a man had broken a locked porch door and was attempting to gain further entry to the home.

The owner held the man at gunpoint and called authorities, according to the Kanawha County Sheriff Mike Rutherford. Deputies arrived and arrested the suspect, who was in possession of gloves, a pair of pliers and a knife. The man was identified as Henry Stuck, 48, of Charleston, West Virginia. Authorities charged him with felony burglary.

While alarm systems are good for notifying homeowners when a break-in occurs, surveillance cameras equipped with motion detection and remote notification capabilities can alert owners of unauthorized people outside the home before a break-in or other crime occurs, even when not at home.

If you choose to respond to a scene and hold a person at gunpoint, be sure to know your state’s laws. What would you do if the suspect tries to flee? Would you shoot him in the back, even though at that point he does not pose a threat to you, your home or your property? Even in states such as West Virginia that have the Castle Doctrine, it would be a difficult to claim self defense if the bad guy was shot in the act of leaving a property crime.

Make sure you’ve called police, and in a perfect world, let them confront the bad guy.